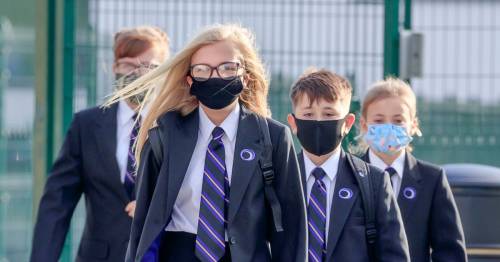 Ministers are spending a similar amount on a woeful schools catch up plan in a year as they did on the Eat Out to Help Out scheme, new research shows.

Boris Johnson's catch-up chief quit last week when the Government drastically watered down his plans to help children in England recover after the pandemic wreaked havoc on their schooling.

Sir Kevan Collins is said to have demanded £15billion for the blueprint, which would have included lengthening the school day by around 30 minutes.

But ministers instead offered a paltry £1.4billon for extra tuition amid reports of row with a Treasury over the size of the pot. 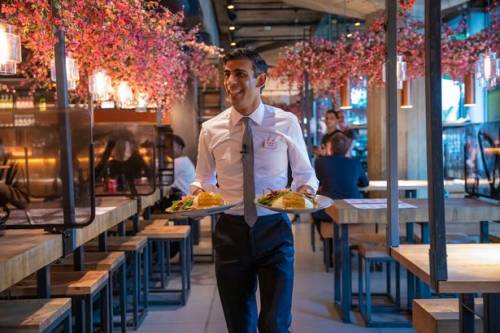 In his resignation letter, Sir Kevan warned the PM that the plans “risk failing hundreds of thousands of pupils” and said the stingy approach was a “false economy”.

The EPI said the package amounts to around £50 per pupil per year – and called for it to be 10 times higher.

EPI executive chairman David Laws, a former schools minister, said: “It is striking that in one month the Government spent almost as much subsidising meals in pubs and restaurants as it is now proposing to spend to fund education recovery over one full year for around nine million children.”

Labour will force Tory MPs to put their names to the stingy catch-up plan in the Commons today.

While the vote is non-binding on the Government, it will ramp up pressure on ministers to change course.

Labour’s motion blasts the “inadequate proposals” and demands a more ambitious plan before the summer holidays.

Shadow Education Secretary Kate Green said it was latest in a “catalogue of chaos” on children’s education during the pandemic, including rows over free school meals provision and last summer’s exams fiasco.

Ms Green said: “This catalogue of chaos makes a mockery of the Prime Minister’s claim that education is a priority.

“Throughout his premiership children, young people and families have been let down time and time again.

“Boris Johnson has not lifted a finger to secure the investment in children’s futures his own education expert said is needed, announcing a recovery plan that is totally insufficient to help every child bounce back from the pandemic.

She added: “Conservative MPs will have the chance to vote with Labour today and finally commit to ambitious plans to invest in our children’s futures.”

A Department for Education spokeswoman said: "We have committed to an ambitious and long-term education recovery plan, including an investment to date of over £3 billion and a significant expansion of our tutoring programme, to support children and young people to make up for learning lost during the pandemic."

A No 10 spokesman said: “Since coming to office the Prime Minister has committed an additional investment in education totalling over £17 billion by levelling up school funding across England, investing in the teaching workforce and starting a tutoring revolution to help pupils catch up on the lost learning due to the pandemic.”