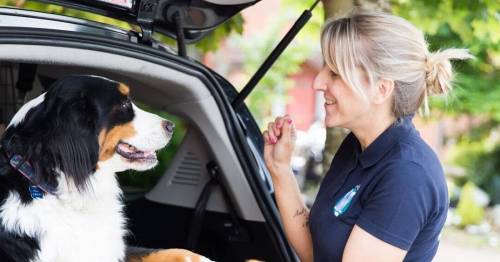 Having a dog means the opportunity for lots of lovely walks, exercise and fresh air.

But sometimes four legs need to be replaced by wheels – which can be problematic for anyone without a car who needs to get their dog somewhere they can’t reach on foot.

One savvy dog lover from Milton Keynes set up her own pet taxi service seven years ago and even acts as a puppy chauffeur.

They are now looking for franchises in the UK and in particular in Birmingham, London and Manchester.

Claire Harris, 43, who founded Pets2Places, says: “As well as taking owners, mostly older people who need the support, and their pets to the vets, I have also created a national Pet Travel Safety Day to raise awareness about transporting dogs correctly. 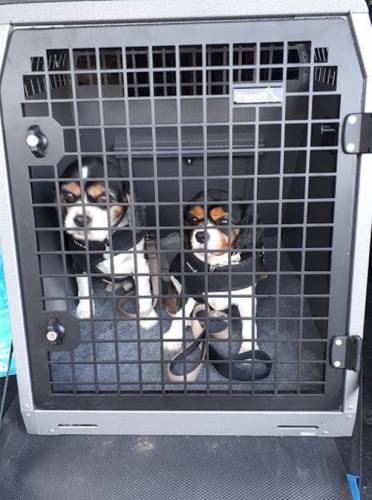 Claire acts as a puppy chauffeur helping dogs get from A to B, including the vets
(Image: Pets2Places)

“The first one is this year July 1, which marks the 30 year anniversary that it became law for people to wear seat belts in vehicles.

“Whilst section 57 of the highway code has some description of advice/law, it’s flimsy at best.

“It is only with raising awareness and education that changes come about.

“I'd also like to see the law changed to all dogs having to be restrained using crash tested equipment.”

Claire says that during lockdown, when many people chose to get a dog for the first time, she picked up lots of puppies.

And she says that while picking up puppies was a lot of fun and cuteness – it also came with a serious side.

She said: “Puppies will have left the only home they know, will be nervous, are bound to be sick and need lots of attention and care whilst being transported.

“My service provides an assistant to sit with the puppy, to clean them up every time they are sick, or make a mess, to comfort them if they cry and to generally supervise to make sure they are okay.”

“Some of the puppies we have picked up have travelled very long distances,” She says. “One even almost died.

“Quick thinking and a call to the new owners meant they were on hand to take him straight to the vets though.

“Not a phone call I enjoyed, telling new owners I was really worried about their puppy.

“But we monitored his heart rate and breathing throughout which remained steady, and the little fella pulled through.”