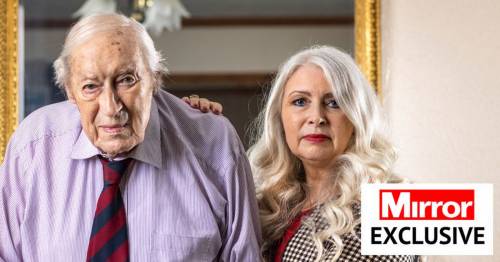 An SAS fantasist has broken his frail war hero dad’s heart by looting his bank account.

Kind David Brunton, 94, forgave his deluded son Edward Stewart when he was exposed as a serial liar. He even took in deadbeat Stewart, 53, who had lied about being a decorated SAS war veteran and protecting Princess Diana and Prince George.

But in return, he stole from David – an actual decorated hero who served with the Grenadier Guards during the Second World War.

Stewart admitted the theft of £1,666 and was jailed for eight months. But he denied two counts of theft and one of fraud. 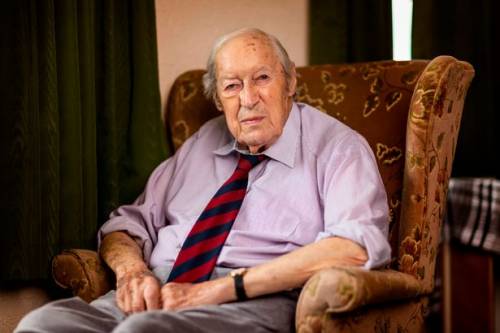 Thousands was stolen from David Burton by his son Edward
(Image: Andrew McCaren)

She said: “The damage he has done is huge.

“He deceived us all and left my father completely broken.”

The freelance writer is calling for the law to be changed so that it is illegal to impersonate a member of the military.

She said: “It should be a criminal offence to pretend you are a war hero when you are not.”

Before changing his name from Brunton, Stewart was exposed as a fake in 2016 by Facebook group The Walter Mitty Hunters Club. 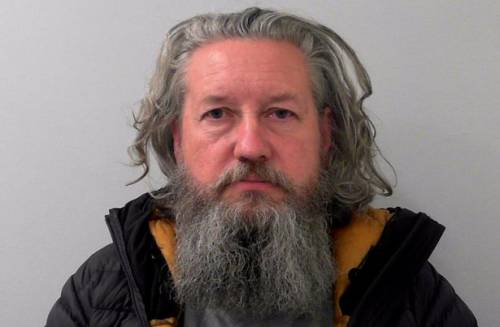 Stewart admitted the theft of £1,666 and was jailed for eight months. But he denied two counts of theft and one of fraud
(Image: North Yorkshire Police / SWNS)

He boasted online about being in the Army 30 years, including serving as an SAS officer who parachuted into Iraq and Syria to kill insurgents and won the Military Cross.

He forged the head of the SAS’s signature General Sir Mark Carleton-Smith, now the Army’s most senior officer, on his fake bravery citation.

Among his other online lies told to try to impress women were that he killed dozens of terrorists – plus a young goatherder in Syria who had pointed an AK-47 rifle at him.

Stewart, who posed on social media wearing a black military-style outfit and a respirator, said he had protected Prince George from a threatened terrorist attack shortly after he was born. 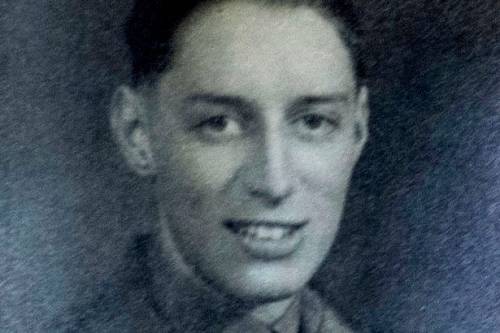 He even said he had worked as a royal protection officer for Princess Diana.

Mother-of-two Francesca said: “We have all asked ourselves why he lied about being in the SAS and we don’t really have an answer.”

However, his family forgave the former hotel worker after he was exposed and made a public apology.

Stewart was exposed as a Walt in 2016
(Image: Andrew McCaren)

He changed his surname to Stewart and moved in with his elderly parents in Harrogate, North Yorks.

When his mum Valerie died in 2018, Stewart was trusted to manage his dad’s finances and use his bank cards for food shopping and other household expenses – but he stole money.

He allegedly pocketed David’s disability allowance, which he denied in court.

Francesca said: “My parents were married nearly 64 years. After my mother died my father began to struggle. My brother was living there rent-free with everything paid for. 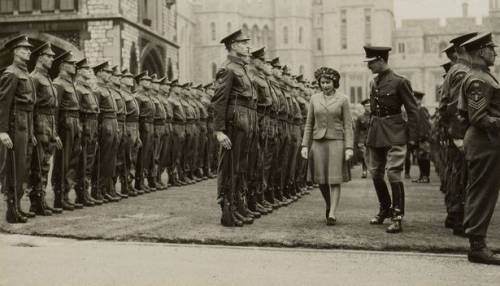 “The thefts began with my brother stealing my father’s card and when my father realised what was happening, his world fell apart.

“He is now a broken man because he has lost his only son.”

Francesca became suspicious when she took her dad for lunch on his wedding anniversary and he said his card had been stolen.

He told her Stewart had reported it to the police, so they went to Harrogate station. There, they spoke to Stewart on speaker phone and he said he had a crime number.

Francesca said: “He said, ‘I haven’t got it with me.’ I said, ‘Don’t worry I’m at the police station now.’ That frightened him and he hung up.”

Police confirmed they had not had a report of a stolen card. When Francesca and David finally got Stewart to admit he had taken the money, they worked out a repayment scheme. 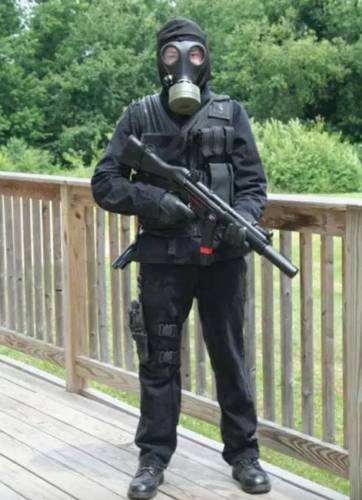 Stewart, who posed on social media wearing a black military-style outfit and a respirator, said he had protected Prince George from a threatened terrorist attack shortly after he was born

She said: “He was working as a groundsman, living rent-free and his only bill was for his mobile phone.

"After 12 weeks with no payment, we told him to sell one of his two Land Rovers. But he wouldn’t and made stacks of excuses. It was a nightmare to try to get the truth out of him and the amount of silly excuses I got was incredible.”

In October 2019, Francesca and David contacted the police and she was told to check all her dad’s records.

She said: “I cried for two hours.”

At York crown court earlier this month, she said: “The effects of this on my father’s already fragile health have been immense.

“He is relieved his wife, my late mother, is no longer alive to see what her only son has become.”

She said David is broken-hearted “at a time where peace and tranquillity should be in place”.

Judge Hickey told Stewart he was “a complete Walter Mitty character”, unlike “impeccable” David, who won the 1939-1945 campaign medal.

Francesca, who remembers her brother as a “normal, cute little boy who liked to play with Action Man toys and pretend he was a policeman”, said the public needed to be warned.

She said: “Men who pretend to be soldiers and war heroes can be very dangerous and what they do should be a criminal offence.”

The Walter Mitty Hunters Club said: “We have exposed hundreds of these people.

“People like Brunton have made thousands conning vulnerable people by using the persona of being a heroic veteran to gain trust.

“We know he has more victims and only a law against using veteran status like that of the US Stolen Valour Act will help prevent this sort of thing from happening again.”