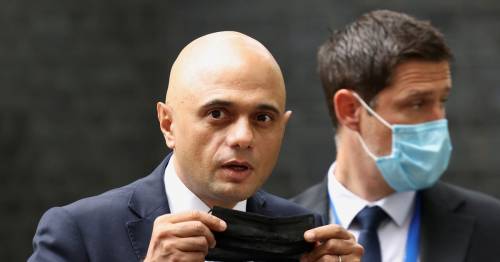 Sajid Javid said he has made a "full recovery" a week after testing positive for Covid-19 – which sent the Prime Minister and Chancellor into isolation.

Mr Javid, who had received both vaccine doses before he tested positive, urged people to get their jabs after reporting he experienced only "very mild" symptoms.

Mr Johnson and Chancellor Rishi Sunak initially tried to avoid isolation by saying they were taking part in a testing pilot, but backed down in the face of widespread public criticism.

Mr Javid, who replaced scandal-hit Matt Hancock in the Cabinet, tweeted: "Full recovery from Covid a week after testing positive. Symptoms were very mild, thanks to amazing vaccines.

"Please – if you haven't yet – get your jab, as we learn to live with, rather than cower from, this virus." 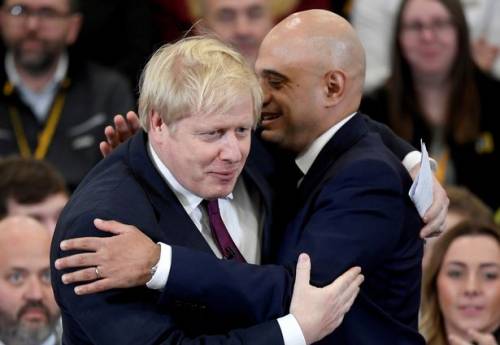 Meanwhile, the Government has expanded its workplace testing programme to an initial 200 testing sites for frontline emergency services personnel amid criticism of its self-isolation policy.

Some police, firefighters, Border Force staff and transport workers were already eligible for a self-isolation exemption, but only if their employers specified their names and they were double-jabbed against Covid-19.

The Government on Saturday said in a statement that an expected initial extra 200 testing sites would be opened so that daily contact testing could be "rolled out to further critical workplaces in England".

But they are not expected to open until Monday at the earliest.

Home Secretary Priti Patel said: "Daily testing will keep our frontline teams safe while they continue to serve the public and communities across our country."

The expansion came after the Government on Thursday announced its programme would allow thousands of workers at up to 500 sites in the food sector to avoid the need to self-isolate if identified as a contact of a coronavirus case, and instead take daily Covid tests.

Discontent with the Government's self-isolation policy was growing at the weekend as food industry bosses condemned changes to ease the "pingdemic" as "worse than useless", hospitality leaders warned of a summer of closures and train operators were forced to cut services.

Pressure has mounted on Downing Street to bring forward the date at which people who are double vaccinated against coronavirus can avoid self-isolation.

There were increasing calls for Boris Johnson to bring forward his wider relaxation of quarantine rules for the fully vaccinated from August 16 as businesses were hampered by staff being told to isolate as coronavirus cases soar.

In a bid to calm the concerns of industry, ministers published a limited list of sectors whose double-jabbed workers are eligible to avoid isolation if they undergo daily testing before the wider easing of rules for England.

Industry leaders said the move did not include sufficient workers but doctors warned the problem is that the Prime Minister has let the virus "rip" and not the "pings" being issued by the NHS Covid-19 app to tell coronavirus contacts to isolate.

The mounting criticism came as data from the Office for National Statistics (ONS) showed Covid-19 cases continued to rise, with around one in 75 people in England infected.