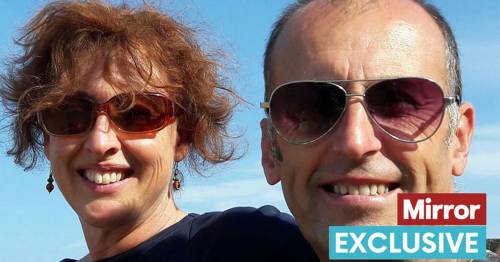 A Sainsbury's customer says Christmas won't be the same due to the supermarket's decision to end its Nectar Double Up loyalty deal.

Double Up lets customers exchange Nectar points for vouchers that are worth twice their face value.

Because the promotion takes place just before the festive period, many Sainsbury's shoppers relied on it for a little extra help with their Christmas food shop.

But this week Sainsbury's axed the deal . The supermarket says the next step in its loyalty scheme will be 'My Nectar Prices' – discounts of up to 30% when using the Nectar smartphone app.

One Sainsbury's shopper, Phil Brown, 61, said the move by the supermarket made him and his family feel cheated and that My Nectar Prices is no substitute.

"Typical that when we have amassed a massive £220 in points this year, they decide to stop the scheme.

What do you think of the changes? Let us know in the comments below

The supermarket is making big changes to its Nectar reward scheme
(

"This appears to be a cost cutting exercise by Sainsbury's. If they will no longer carry out the double up scheme, collecting Nectar points is irrelevant and has no point and is dead to us."

He added that the new loyalty scheme is mostly expensive products he may have bought in the past but will not buy again.

Phil lives in Suffolk with his wife Jacky and three of their four sons.

He said he had shopped at Sainsbury's throughout the year just to prepare for the Double Up event.

"We use the points each year to buy Christmas presents, seasonal items, clothes and homeware," he said. "I appreciate there are a lot of folks worse off than us, but this certainly will make our Christmas more expensive and less cheery.

"We just feel cheated, as the new scheme suggests we could make savings of £200. However, we have effectively already lost over £200 spending power by the withdrawal of the Double Up."

"Sainsbury's should reinstate the Double Up this year as this is what has been expected and then clearly communicate to everyone that there would be no double up next year."

He said the family will shop less at Sainsbury's in the future.

"With this latest announcement of the Double up being withdrawn this year we can’t see the same incentive for continuing shopping at Sainsburys and consequently will shop much less there in the future," he said.

Sainsbury's now has a new reward scheme called My Nectar Points which went live on September 22.

The idea is that Nectar knows what you buy most often.

It will soon start offering you personalised discounts on these items. The discounts will be available for between weeks and months.

To get the discount shoppers will need to use the Sainsbury's SmartShop self-scanning service.

The supermarket says customers will be offered up to 30% off products, and weekly Sainsbury's shoppers could save £200 a year, although this depends on how much you're using it.

Previous : Robert Durst sentenced to life for murder of best friend
Next : Thousands of Morrisons workers in line for compensation in £100million equal pay row