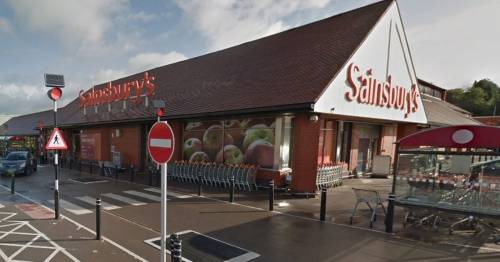 Sainsbury’s employees planning to attend their store’s last ever Christmas party have been told they must choose between working overtime or taking unpaid leave.

Staff at the Etruria Road supermarket in Hanley, Stoke, which is due to shut in 2022, were handed flyers advertising two Christmas parties running from midday to 1pm and 1.15pm to 2.15pm on 1 December.

The flyer states: "The sittings are an hour long. Whatever time you use over your break you will need to either make up or have as unpaid. Please inform us of your decision."

As workers only get 30 minutes as a break, they must either work longer to cover the hour-long Christmas party or lose money.

Shoppers and former Sainsbury’s employees said the decision by the “Scrooge” like bosses was “ludicrous”.

One former worker said: "This is a pretty shabby way to treat people who are about to lose their jobs.”

Businesswoman Lynn Shemirani, 63, of Tittensor, told StokeOnTrent Live : “It’s a bit harsh. It’s going back to Scrooge with that sort of behaviour.

“At Christmas time they should show a bit of goodwill, especially after working through the pandemic as front-line workers.”

Retired John Hannon, 72, said: "It’s ridiculous. The staff are pretty decent in here and they’ve been loyal to the company. I think the company ought to show them a bit of loyalty.”

According to the Sun, a spokesperson for Sainsbury's said: "We have listened to our colleagues’ feedback and will be updating the plans at our Hanley store to ensure all colleagues can enjoy their Christmas celebrations during their break."

Last month, the boss of Sainsbury's warned that shoppers may have less choice when doing their food shopping over the festive period.

In an open letter to customers, Sainsbury's chief executive Simon Roberts said: "I’m writing to let you know what we’re doing at Sainsbury’s to help you plan and manage your Christmas budget.

"I also want to reassure you that there will be plenty of food and that we are confident that even if the exact product you are looking for isn’t available, there will be a good alternative."