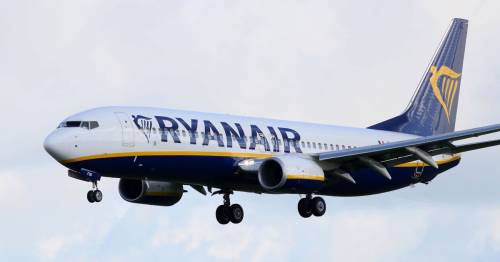 Ryanair has admitted it made an error when staff prevented a 15-year-old boy from boarding a plane to Tenerife.

The budget airline "sincerely" apologised for its blunder when Zak Schoneville was not allowed to board a flight from Glasgow Prestwick Airport to the Spanish island on Monday May 2.

Ryanair, which was accused of making up a rule, said it has written to the family and given them a full refund in addition to a further travel voucher "as a gesture of goodwill" after taking responsibility for the "clear error".

Zak, along with parents Lisa and Neil and sister Lily, 13, arrived for their holiday a day late on a hastily-booked flight from Edinburgh with Jet2.

Zak Schoneville, 15, and his family have been given a refund and travel voucher after Ryanair admitted its mistake
(

The family had been told by a Ryanair representative at the check-in desk the day before that Zak was unable to travel because his passport had expired – even though it had five months to run.

Zak's passport was issued in March 2017 and expires in September 2022. The airline had claimed that the document must be no more than five years old on the date of travel if it belongs to a child.

But Ryanair has since given the Schoneville family a full refund of £413.24 and a travel voucher for another £415 after accepting that its handling agents made an error.

The Irish carrier said that after seeking clarification with the EU Commission it accepts that "all UK nationals travelling to the EU, regardless of age, must meet the same entry requirements for travel to the EU".

A Ryanair spokeswoman said: "We apologise sincerely for the error we made in this case and we have updated our briefing notes to all our airport handling agents to ensure this error does not recur."