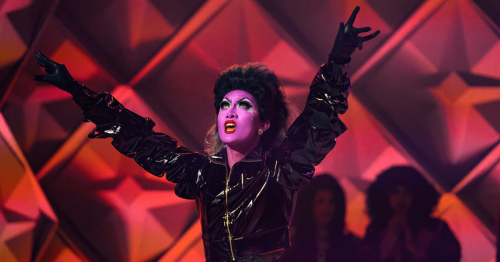 You might not think maths and make-up go together but for a former Drag Race star, the two go hand-in-hand.

TikTok star and Drag Race contestant, Kyne, has won the hearts of the nation – by switching the runway for numbers-themed videos.

Since being the Canada version of RuPaul's reality TV series, Kyne has been busy on TikTok – and proved herself to be a massive maths nerd, reports the Birmingham Mail.

On the social media platform, Kyne's videos have racked up hundreds of thousands of views and she has a staggering 840k followers.

And they do it wearing FULL drag. What a queen.

In an interview with Buzzfeed, Kyne said: "I never thought that it would blow up the way it did, because the few times I’ve dropped the hint that I’m into math to my drag following, they were just like, 'omg, you’re so smart I could never.'

Kyne also has a whopping 100,000 subscribers to their YouTube channel.

The math videos have included straightforward presentations on general mathematical concepts such as pi, math riddles and memes, and in-depth analysis of the use of mathematics in the news, such as race-based crime statistics.

Prior to competing in Canada's Drag Race, Kyne had a following in drag circles for a series of tutorials on sewing and wig styling.

"When I was young and struggling with coming out, part of the struggle was I had this dream of being an academic and I thought no one would take me seriously if I was gay, let alone if I was on stage in a two-piece dancing to Lady Gaga," she added.

She continued: "But that’s the stereotype you have got to break."

Previous : Boy, 2, hugs dad’s T-shirt every night waiting for him to be freed from prison
Next : Boston Bruins coach Bruce Cassidy fined $25,000 for criticizing officiating in Game 5