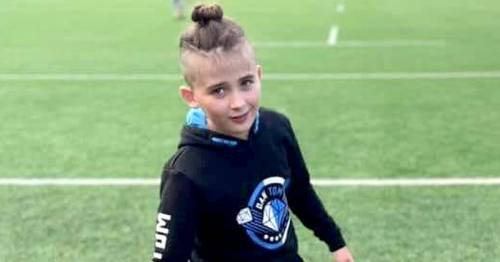 A nine-year-old boy has died after being crushed by a vehicle at a farm in south Wales.

Tomos-Rhys Bunford, a primary-school student from Ynysybwl, died in the tragic incident in a field in Ferndale, Rhondda Cynon Taf, last Monday

Emergency services were reportedly called to the scene in Ferndale, near Pontypridd, south Wales, but Tomos was pronounced dead.

Paying tribute to the schoolboy, Pontypridd RFC said: "We are deeply saddened to learn of the passing of Tomos Bunford who played for our U10s.

“Our thoughts are with his family and friends at this awfully sad time."

A GoFundMe page has since been set up to support Tomos's family through this difficult time, with a description on the page saying the family was “broken-hearted”.

Tomos was loved by many for his "absolute cheekiness, massive personality and loving heart", the page said.

The young boy leaves behind his parents, Louise and Rhys, as well as big brother Gethin, 14, and baby sister Clemmey, who is nine months old.

Melanie Facey, who set up the GoFundMe page, wrote: "As you can imagine as a young family who are self employed, any donation the people of our community make would be greatly appreciated while they stay at home to support each other through the coming weeks."

The donations would help towards funeral costs and relieve the family of any financial stress, on top of an “already horrific time”, she said.

Hundreds of donations have poured in from the community since the tragic accident last week.

Local rugby clubs had donated hundreds of pounds following collections in his memory.

And other clubs held a minute's silence tribute before their matches over the weekend.

To donate to the fundraiser, visit: Help towards giving Tomos a beautiful send off , organized by Melanie Facey

Previous : Expert shares why everyone should turn their heating on at the end of October
Next : Fukushima plant failed to probe cause of faulty filters