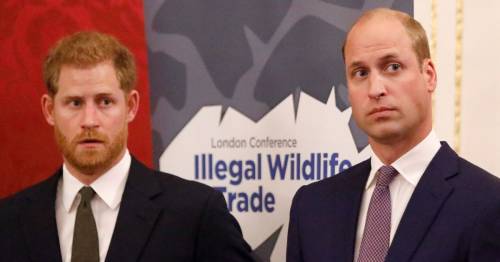 Prince William has reportedly joined forces with the Queen and Prince Charles to complain to the BBC about a documentary on the royals ’ relationship with the media.

Royal aides were said to be keeping a close eye on BBC2’s The Princes and the Press, which looks at how William and brother Harry have been covered over the years.

The Royal Family was reported to be furious at not having been given an opportunity to properly respond to claims made in the programme.

The first episode, which was broadcast on Monday night, charted the years from the Queen’s Diamond Jubilee in 2012 up to the wedding of the Duke and Duchess of Sussex in 2018.

The series explores William and Harry's relationship with the press

It told how claims emerged of a “rift” between the Sussexes and the Duke and Duchess of Cambridge.

Episode 2, out next week, examines the period from 2018 to 2021, and the royal tours of the Sussexes and the Cambridges.

BBC guidelines require all news and current affairs documentaries to offer the right of reply to those discussed in the shows, where appropriate.

The BBC said: “The programme is about how royal journalism is done and features a range of journalists.”
Earlier this year Prince William attacked the BBC over its failings surrounding Martin Bashir’s 1995 Panorama interview with his mother Princess Diana.

Insiders at Buckingham Palace, Kensington Palace and Clarence House were said to have been particularly angry at not having the chance to view the show.