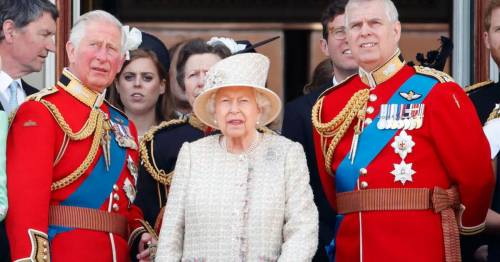 The number of stalkers plaguing the Royal Family has hit an all-time high, with more than 170 bothering them.

And police said 10 of the tormentors were logged at the highest danger level.

Freedom of Information figures show 128 of the stalkers posed a moderate risk and just 32 were low.

Former head of Royal Protection Dai Davies said: “The vast majority of people fixated with the Royal Family are ­harmless but there are always concerns that their obsession could take a worrying turn.

"In most cases the police can use mental health legislation to help those that if left untreated could pose a risk.

“It would not surprise me in the least if the negative publicity that has surrounded Prince Andrew and Prince Harry has caused an increase in the numbers of ­individuals that have come to the notice of the police.”

The 170 figure covers 2021. In the previous 12 months, 141 suspects were referred to the Fixated Threat Assessment Centre – staffed by police, psychiatrists and mental health nurses.

Last week, it emerged a fantasist spent 16 hours in the Queen’s guards’ barracks at Windsor and was even given a bed for the night and breakfast.

And in early April armed police arrested an axe-wielding man on The Mall, outside Buckingham Palace.

Buckingham Palace said it would not comment on matters relating to security.