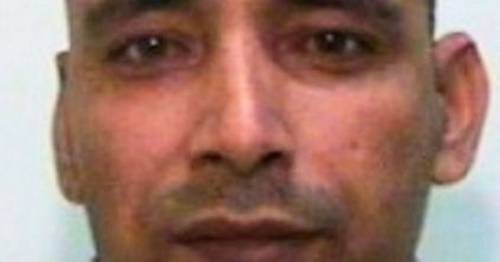 A member of the notorious Rochdale grooming gang told a judge he should not be deported because his son needs a role model.

Adil Khan, 51, and Qari Abdul Rauf, 52, have been told they are to be sent back to Pakistan for the public good after both were part of a gang convicted of a catalogue of serious sex offences in May 2012.

Since being released from jail, they have fought a long legal battle against deportation – mounting multiple legal challenges and appeals – spanning several years on the grounds that deportation would interfere with their human rights.

Khan appeared at a final deportation hearing on Wednesday to argue he should not be deported.

Judge Charlotte Welsh asked him how his son might be affected if he was deported from the UK.

Khan, speaking through a Miripuri interpreter, replied: "As you know, the father figure is very important in every culture in the world, to be a role model for the child, to tell him or her right from wrong."

Khan also claimed he is not wanted by his family back in Pakistan because his notoriety would be bad for the business they own.

Failure to deport any of the grooming gang has led to anger in Rochdale, where victims were living alongside their tormentors, and has heaped public criticism on a number of home secretaries.

Police said as many as 47 girls were groomed.
(

Khan got a 13-year-old girl pregnant, but denied he was the father, then met another girl, 15, and trafficked her to others using violence when she complained.

Rauf, a father-of-five, trafficked a 15-year-old girl for sex, driving her to secluded areas to have sex with her in his taxi and ferry her to a flat in Rochdale where he and others had sex with her.

For two years, from 2008, a gang of men in Rochdale preyed on girls as young as 12, plying them with alcohol and drugs before they were gang-raped in rooms above takeaway shops and ferried to different flats in taxis where cash was paid to use them.

Police said as many as 47 girls were groomed.

The appeal hearing against both men was adjourned until Thursday morning.

In April, three victims of the grooming gangs received “substantial” damages and a personal apology from the Chief Constable of Greater Manchester Police.

The women met top officer Stephen Watson this afternoon to be given the apology in person for police failings when, as children, they were repeatedly raped and sexually abused by gangs of men in Rochdale.

Mr Watson apologised for the failure of his force to protect them and investigate the abusers, which happened under previous chief constables, including Sir Peter Fahy and his predecessor Michael Todd.

Previous : Mum ‘punched in boobs’ in Shameless-style brawl admits party ‘got out of hand’
Next : Boris Johnson’s awkward relationship with royals – Queen apology and Charles tension