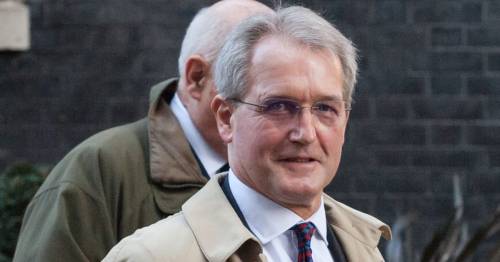 Being a Member of Parliament is a real privilege.

It should be a full-time job, too.

But too many MPs just don’t treat it like that – instead they treat it as an opportunity to chase corporate cash through second jobs.

When they do that, they are short-changing the public and disrespecting our democracy.

We have heard all the fake Tory arguments about how these second jobs give MPs real-world experience.

That’s rubbish. The Health Secretary, for example, was getting paid £1,500 an hour earlier this year for a previous role advising a US investment bank.

The Owen Paterson scandal – in which the former MP repeatedly lobbied the government by two companies paying him more than £100,000 a year – has caused political damage to Boris Johnson
(

He was getting the same again for a third job too.

That’s not the real world lived in by my constituents and tens of millions more.

Isn’t it funny how Tory MPs who justify the racket of second jobs never choose to work for low wages in supermarkets, as bus drivers, or in care homes?

The truth is that their big money extra jobs do not make Members of Parliament more in touch with the real world. They make them even more out of touch with the people they’re meant to represent.

MPs aren’t being paid for what they know – but who they know. They wouldn’t get these vast sums from big corporations if they weren’t MPs with political connections.

Recent events show exactly why we need a ban on second jobs. That’s why I am bringing forward a new parliamentary Bill today.

My Bill is clear and bold: no paid second jobs for MPs at all except in some very limited circumstances.

No-one can serve two masters – and for MPs their priority must be their constituents.

Of course, second jobs will be allowed where it’s about maintaining their professional qualification like in nursing or if they are working on the frontline in our NHS as doctors or in another emergency service.

Those roles are about genuine public service and have nothing to do with the scandal that has been shaking parliament.

For my Bill to now be able to become law, the government needs to give it time on the parliamentary agenda.

Boris Johnson should do that if he is actually serious about acting against the ever-closer relationship between big business and our politics.

Parliament now must show that it understands that the rot in our political system is deep and needs cutting out.

It is time to ban second jobs for MPs.