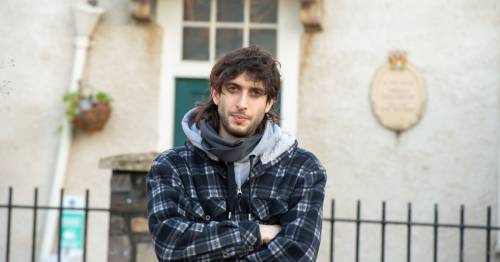 A restaurant owner was hit with a whopping fine for putting a poster on a lamp post in his efforts to recruit new staff.

Riccardo Damiani displayed the advert in Stokes Croft, Bristol, which asked people to get in touch if they wanted to work at his independent restaurant.

Amid Covid lockdowns and the pingdemic, he was struggling to find staff like many others in the industry.

But the sign was spotted by an environmental enforcement officer for Bristol City Council and Mr Damiani was given a £150 fine for illegal flyposting.

It also came with the threat of court action and a much bigger fine of up to £2,500 if he failed to pay.

Mr Damiani told Bristol Live : "It's absolutely insane how many people just leave a flyer saying my cat is missing or advertising nights out.

"It happens all over Bristol. Stokes Croft is the epicentre of it and I can't believe that this has happened."

Flyposting is illegal under the Highway Act 1980 and anyone who commits the offence can be ordered to pay a fine.

But Mr Damiani said the fine is "insane" and that it has caused him a lot of stress.

He first received a letter in July 2021 telling him he would be fined and rang the council to discuss.

Following the call, the business owner decided not to pay it immediately as he wanted to take time to reflect.

He told how he later rang the council back to pay the penalty before the payment deadline in August.

But he claims he was told by a council employee that there was no longer any record of his offence, even when he gave his reference number, name and address.

Mr Damiani said that he assumed the council were no longer pursuing the case and he thought no more of it.

However, he received a letter in December informing him that the local authority had decided to prosecute him for not coughing up and he was summoned to the magistrates' court the following month.

Speaking at the time, Mr Damiani told how he was also dealing with the temporary closure of his restaurant after catching Covid-19.

He said: "It's absolutely stressful. I already thought 'oh my gosh maybe I've got Covid' and then the restaurant might be closed.

"Then on top of it, this drops from the sky when I thought it was something that had passed."

Mr Damiani has since been contacted by the council again and claims he was told that his court date has been adjourned and he can avoid court altogether if he pays the original £150 fine, which he insisted he will do.

If he had attended court and been found guilty, he might have been ordered to pay a fine of up to £2,500.

Under Section 132 of the Highway Act 1980, it is illegal to place an unauthorised sign on a highway, or any structure on a highway without "lawful authority".

But Mr Damiani said he felt he needed to put up the poster because he was struggling to recruit staff, a problem he said has become "impossible" for the hospitality industry recently.

A spokesperson for Bristol City Council said: “Flyposting is a crime and is something our enforcement teams are clamping down on across the city.

"Anyone in receipt of a penalty charge notice for flyposting should follow the instructions on the letter accompanying their fine, to pay as quickly as possible.”

Previous : S.Africa still seeing serious COVID-19 in unvaccinated, vulnerable during Omicron wave
Next : Gran, 77, forced to wait 28 hours for treatment in A&E after fall ‘could have died’