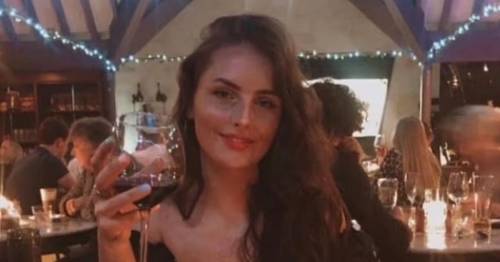 A restaurant manager who was left in tears by "humiliating" treatment from a table of wealthy customers has spoken of her upset.

Lily O'Connor, 22, was told by the arrogant party – who did not leave a tip – that she should work seven nights a week if she wanted to make a "living" salary.

Over the course of three hours she said the boorish group tried to degrade her for doing the job she loves.

Such was the scale of the rudeness she endured, the boss at the Cora restaurant in Pontcanna, Cardiff, contacted the diners and said he would repay their £1,000 bill – minus a £100 tip for Lily.

But after the company that made the booking failed to respond Lee Skeet, 25, instead gave Lily the full amount to compensate for her three hours of abuse.

Lily O'Connor with restaurant boss Lee Skeet, who hit out at the behaviour of the customers
(

Describing one diner's behaviour, front of house manager Lily told MailOnline : "He used humiliating tactics, trying to degrade me for the job I love doing.

"He was saying: 'How do you make a living?' at this and 'Why don't you work seven nights a week?'

"It was upsetting – I had put up with that demeaning attitude while I served them seven courses."

Lee and Lily say just one of the six men at the table is to blame for picking on her because she was a young woman.

Lily, who worked in the hospitality industry for five years, said she doesn't want to 'name and shame' anyone but that there 'is a point to be made about hospitality workers and the way they are treated'.

The businessmen downed seven bottles of wine, reports the Mail, and ran up a £1,000 bill.

Lee has banned the company from returning to Cora which is always fully booked because it has space for just 12 covers.

Father-of-two Lee said: "It is not going to happen again – people should know that behaviour like that will not be tolerated in this restaurant."

Lee was lavished with praise after tweeting that 'we should start calling out rich people who think they can treat people like c**p'.

He has made a new rule that staff should make him aware of bad behaviour while customers are still in the restaurant.

Lee said: "If it happens again, Lily can come straight to me and I will deal with it at the time it happens."

Lee posted his response to the group on Twitter
(

He was furious at the way Lily had been treated
(

He wrote online: 'Dear… I wanted to firstly thank you for choosing my restaurant for your meal tonight, and I understand you had the biggest bill we've ever had on one table here.

'Unfortunately throughout the evening I was made aware that your party's behaviour was inappropriate towards Lily, who runs front of house.

'She has told me that – as a 22-year-old girl – she was talked down to, disrespected and touched unwantedly by members of your group.

'I have spent the last hour having conversations with her that break my heart, make me feel like a s*** employer, and a terrible dad, having my own daughter.

'Please provide your bank details and I will refund your entire bill of £1,000 minus £100 that I believe you should have tipped Lily – which I will pay directly to her – as you left no tip.

'I would thank you to never come back to my restaurant. Lily means a lot more to me than money. I also think you should assess the people you surround yourself with.'

Lee posted the note to Twitter alongside the caption: 'I’m not clout chasing or looking for likes. I just think we should start calling out rich people who think they can treat people like c***.'