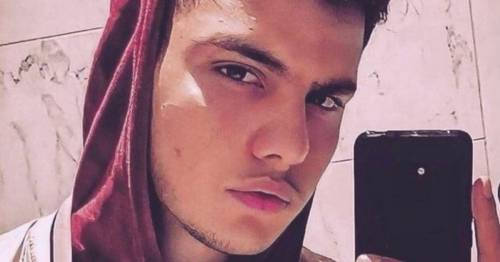 Refugee, 18, who fled Afghanistan is stabbed to death in London suburban park

A refugee who fled Afghanistan was stabbed to death in a London park despite a teacher desperately trying to save his life.

The member of staff shielded his Year 8 rugby players during the horrific attack in Twickenham, south-west London.

Named locally as Hazrat Wali, the 18-year-old was attacked during a fight on a footbridge near Richmond Upon Thames School on Tuesday afternoon, it is claimed.

A teacher from the school performed CPR on the victim as his pupils watched on in horror, MyLondon reports.

Officers have asked these people not to post the footage on social media as the victim's family come to terms with their loss.

Hazrat Wali was attacked during a fight on a footbridge near Richard Upon Thames School on Tuesday afternoon, it is claimed
(

A relative told the Evening Standard : “Hazrat was a very good boy. He came here to study, he was living all on his own in London. His immediate family are all back in Afghanistan.

“I saw him in hospital. He had a fight is all that I’ve heard.”

A woman, whose 13-year-old son saw the victim fall to the ground, added: "The victim and suspects were arguing for a while. The teacher realised what was going on and moved the younger kids away from them.

"The older ones kept on walking to the footbridge where the row carried on. The teacher went over, the boys scarpered and the poor boy dropped to the ground. He was the first to realise he had been stabbed.

"The teacher did an amazing job."

Another witness said the 'hero' teacher gave the youngster CPR.

Police have yet to make any arrests in relation to the stabbing.

Police carried out investigations through the night
(

In a letter to parents, Richmond Upon Thames School said: "We are deeply shocked to hear of this senseless death and our thoughts are with the young man's family and friends at this very sad time.

"While the teenager didn’t attend Richmond Upon Thames School a loss of any young life is a tragedy that affects all of us.

"At this time I can confirm that the incident is believed to have taken place close to the public footbridge.

"Regrettably, knife crime is a London-wide problem, and the headteacher would like to emphasise how important it is for parents to talk to their children about the dangers of carrying any type of weapon."

The victim was taken to hospital with knife wounds but was pronounced dead at 5.54pm
(

Richmond upon Thames College said its principal and top staff were working with police over the unfortunate 'death of a young male'.

Police and the ambulance service were called to the scene at 4.45pm.

The victim was taken to hospital with knife wounds but was pronounced dead at 5.54pm.

His next of kin have been informed and a cordon remains in place. The investigation is ongoing.

Detective Chief Inspector Vicky Tunstall said: "The incident occurred in a playing field area and was witnessed by a number of people.

"Some of those people are believed to have filmed events as they unfolded; I ask that any videos are not shared via social media to avoid causing the young man's family any more distress at this already incredibly difficult time for them.

"Instead, please go to the police immediately. A number of people have spoken to us, but we need to hear from anyone who has information that could help.

"We're working to establish the motive behind this tragic incident and following a number of leads. If you believe you can help us, then please make contact."'

Chief Superintendent Elisabeth Chapple said: "Our thoughts are with the young victim and his family at this awful time. No young person should lose their life in London.

"Local residents can expect to see an increased police presence in the area.

"If anyone has any concerns, or information that could help, I encourage them to contact those officers and tell us what they know."

Previous : ‘We GPs are stressed, overworked and under fire – we need support before it’s too late’ – Professor Martin Marshall
Next : Mike Tyson offers his assessment of Tyson Fury’s win over Deontay Wilder