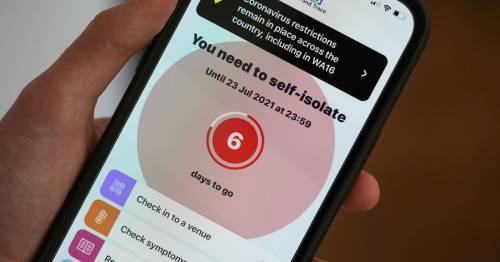 And it is likely that the actual number is much higher, once people who have been contacted by Test and Trace are factored in.

The nation is currently in the grips of a so-called 'pingdemic', with fears the economy could grind to a halt if the problem persists.

Ministers have caused confusion over the problem as some suggested people should ignore it as it is not a legal order to isolate. 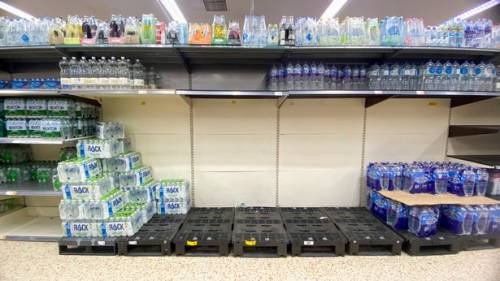 But the government has said it won't tinker with the app to make it less sensitive after complaints about its sensitivity.

Despite the fears, figures show that 302,895 people across England and Wales have downloaded the app in the last week – bringing the total number to 26,826,748.

Additionally, 10,348,991 people across the two countries used the app to check-in to a venue over the last seven days, NHS data shows.

And business Secretary Kwasi Kwarteng has rejected claims the number of people being pinged by the app is causing retailers to struggle to keep shelves stocked.

He told Sky News: "I don't recognise the bare shelves. Clearly in some places it's happening but it's not universal across the country."

But a food distribution firm struggling with staff shortages has admitted advising workers pinged by the NHS app to take tests and continue working, in breach of the Government advice.

Bidfood chief executive Andrew Selley defended his approach for delivery drivers to continue working if they have negative results as “appropriate and safe” because they are “critical workers” in the UK's food supply chain.

He told BBC Radio 4's Today programme workers who are positive or contacted by Test and Trace must isolate.

But those pinged by the app are asked to take a PCR test and if it is negative they can return to work.

He said: "We think that's appropriate and safe. The ping is advisory.

"We operate in Covid-safe workplaces and we're absolutely key workers in terms of the supply chain to hospitals, care homes, prisons, and therefore it's important for us to be able to keep offering that service to our customers."

The chaos comes after pubs and restaurants said they were being left unable to open in recent weeks as staff were constantly ordered into isoltion.

Previous : Man, 23, dies after battery runs out on ventilator he used 24 hours a day
Next : Woman robbed of BMW by two men in layby after stopping to read text message