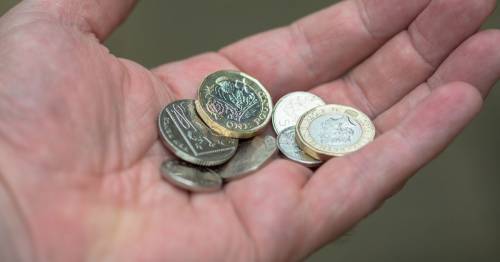 Rarest 10p, 50p and £2 coins explained including Kew Gardens design worth up to £200

We explain which coins you should be checking your pockets for to see if you’re sitting on a mint.

These results are based on the latest Scarcity Index by coin website Change Checker, which keeps track of the rarest spare change.

The list is broken down into three sections; the rarest 50 pence pieces, A to Z 10p coins and £2s currently in circulation.

The Kew Gardens 50p has once again topped the most wanted 50p coin index.

According to the Change Checker eBay tracker, this particular coin fetches an average of £165 on the auction site – but we’ve previously seen them sell for as much as £200.

The Kew Gardens 50ps are rare, so sell for huge amounts online
(

Meanwhile, the rarest 10p is the R for Robin coin, which has moved up two places in the Scarcity Index.

When we checked eBay today, we spotted one that had sold for £14 although some have gone for a lower price of £3.99.

In terms of £2 coins, the most sought-after is the Northern Ireland Commonwealth Games piece.

Change Checker says this could fetch you £45 on eBay if you’re lucky enough to find one in your change.

Here is the latest Scarcity Index broken down.

The Kew Gardens 50p has once again topped the rarest 50 pence piece list – so it's worth keeping an eye out for one of these coins.

Created by Christopher Le Brun RA, its features the famous Chinese Pagoda from the gardens being intertwined by a leafy climber.

The next most sought-after coin is the 2011 triathlon 50p, which was released as part of the 2012 London Olympics collection.

There are around 1,163,500 of these in circulation, with its design featuring someone running, cycling and swimming.

Experts say these can sell for around £11 on eBay – not bad for a coin only worth 50p.

Finally, the third rarest coin on the list is now the 2011 wrestling 50p, which is also part of the 2012 London Olympics set.

There are slightly less of these in circulation at 1,129,500 compared to the triathlon 50p, with its design showing two people in the wrestling ring.

One in good condition could make you £6.25 online.

The 10p list is made of the alphabet A to Z collection, released in 2018 and 2019 to celebrate all things British.

There are 26 coins in the set to correspond with the 26 letters in the alphabet.

The rarest one from that collection is now R for Robin, launched to celebrate the much-loved red breast bird.

Its design features a robin sitting in the letter R with snowflakes falling around it.

Around 284,000 have been released into circulation in total, with one recently selling on eBay for £14.

Next on the list is W for World Wide Web, which was previously top of the rarest 10 pence pieces on the last Scarcity Index.

This coin has the letter W surrounded by a spiderweb.

In third place on the Scarcity Index is Y for Yeoman Warder, launched to celebrate the guards of the Tower of London.

The design depicts one Yeoman Warder posing next to the letter Y.

If you have one, the highest it'll likely go for on eBay is around £10.

The rarest £2 coins are from the 2002 Commonwealth Games collection

are once again all from the Commonwealth Games 2002 collection.

The most sought-after is the Northern Ireland version, which comes ahead of two other editions designed for England and Scotland.

All the different editions feature the same base design and you can only identify them by their respective flag.

Check your change to see if you have a rare coin
(

Valuable money – what to watch for

If you've got the Northern Ireland version, of which there are 485,500 in circulation, they're currently selling for around £45 on eBay.

However, we have previously seen examples sell for as much as £80 several months ago.

In terms of the England edition, there are 650,500 copies in circulation and a mint version could sell for £30 online.