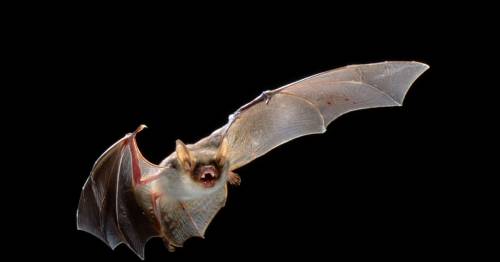 Bat enthusiasts have launched a hunt to find a partner for a sex-starved bat who has never had a mate.

The greater mouse-eared bat is normally found in France and Spain but the lonely male was first spotted in a disused railway tunnel in West Sussex in 2002.

Local wildlife group, the Sussex Bat Group, have kept tabs on the bat ever since, with Tony Hutson saying he is healthy but lonely.

He said he has scoured the UK to find more of this specific bat species so their lonely bat – who has been named "Billy No-Mates" by locals – can have a mate.

The bat, nicknamed 'Billy No-Mates', is said to be in good health (stock image)
(

Mr Huston, who is a retired entomologist from the Natural History Museum, said when he checked the bat out he could tell it had never been sexually active.

He said that "it was in good health" but that "its genitals showed it had never been sexually active".

He added: "When it first turned up, I thought it was a pioneer and there were others around, but now I think it's just a stray that got over here from the continent somehow and hung on."

Chris Payne, 51, of Chichester, West Sussex, said: "They'd better hurry up and find a mate for poor old Billy No-Mates or he'll die without finding his special someone.

"Mind you, the shock of meeting another bat like him would probably kill him."

Fiona Matthews, professor of environmental biology at the University of Sussex, today called on professional conservationists from Natural England to step in to find a mate for the lonely bat.

She told the G2 supplement in The Guardian: "This individual bat is getting quite geriatric now.

"It's a fascinating thing, but I keep turning over in my head what could be done. Why aren't we doing more about this?"

She added: "We know this species is losing its range in southern Europe. They will probably need to move north for their survival.

"They are in northern France, which is not that different and not that far away. Maybe they just need a helping hand across the Channel."

Greater mouse-eared bats normally only live for between three or four years, with some living up to 14 years old – but Billy No-Mates is believed to be the oldest living one, at least 20 years old.

Previous : Inside ‘the mouldiest flat in England’ from which tenants are finally being relocated
Next : United Rental orders more than 500 EVs from Ford