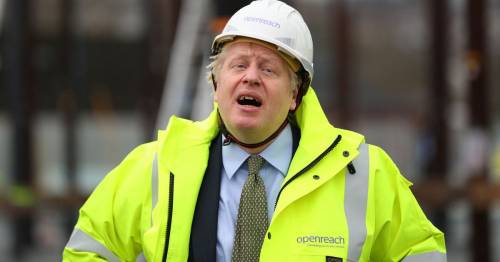 Queen’s Speech: Tories vowed 20 times to bring in Employment Bill but reforms set to be delayed

Ministers have promised at least 20 times to deliver legislation to boost workers' rights – but the long-awaited bill looks set to be absent from the Queen's Speech.

Boris Johnson was accused of "dragging down Britain's workers in a race to the bottom" after it emerged that the promised Employment Bill is not expected to be included in his list of priorities for Parliament.

Policies floated as part of the bill included ensuring workers can keep their tips, more predictable contracts for staff and better protections for women from maternity discrimination.

The government first announced it would bring forward an Employment Bill in December 2019 to “protect and enhance workers’ rights as the UK leaves the EU, making Britain the best place in the world to work.”

Since then, top Tories have repeatedly promised to bring forward the legislation, but the landmark reforms are expected to be delayed.

The hold-up comes despite outrage from ministers in the wake of the P&O scandal, where 800 seafarers were sacked to be replaced with agency workers.

Analysis by the TUC found 20 examples of public promises by top Tories to enshrine greater protections for workers in law, running up to March of this year.

General Secretary Frances O’Grady said: "Time and time again, ministers have been promising us an employment bill to make Britain the best place to work in the world.

"After so many promises, failing to bring forward the employment bill at the Queen’s Speech would be nothing short of scandalous.

"It would confirm that this government doesn’t care about workers’ rights. P&O made the case for strengthening employment rights all the more urgent.

"If the government doesn’t bring forward legislation to boost workers’ rights, it will be giving rogue employers the green light to treat staff appallingly.

"It’s time for ministers to finally deliver on their word and bring forward the employment bill to end exploitative practices like zero-hour contracts and fire and rehire."

"It's been three years since the Tories first announced an Employment Bill to tackle working conditions in warehouses run like Victorian workhouses," she said.

"After the scandal of P&O action for fair work is needed now more than ever but instead the Government is fobbing off working people.

"This Prime Minister promised enhanced rights and protections at work, but he is instead dragging down Britain's workers into a race to the bottom."

It comes as the Government announced plans to widen a ban on employer exclusivity clauses to give poorer staff the option to work multiple jobs.

"We are putting more control into the hands of the lowest paid, giving them the freedom to decide who they work for and how often," Business Minister Paul Scully said.

Prince Charles will read out the Queen's Speech on Tuesday as part of the opulent State Opening of Parliament.

The Queen will miss the major ceremonial occasion for the first time in nearly 60 years after suffering "episodic mobility problems", Buckingham Palace said.

Previous : Planeload of Ukrainians seeking shelter in Canada land in St. John’s
Next : Queen’s Speech 2022: 7 things that could be announced – and what’s not included