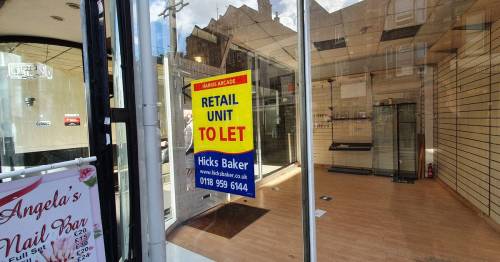 Britain’s town centres are to be revamped with derelict shops turned into homes and continental cafe culture on the streets.

The move is to be announced during the Queen’s Speech when a new Parliament begins on Tuesday.

New laws will mean greater local authority powers to force landlords to rent boarded up shops empty for more than year so new businesses or homeseekers can occupy them.

One in seven shops on Britain’s high streets are now empty rising to one in five in the north east.

PM Boris Johnson said: “We are putting that right by placing power back in the hands of local leaders and the community so our towns can be rejuvenated.”

And Levelling Up Secretary Michael Gove added: “We will end the scourge of boarded up shops that have blighted some of our great towns for far too long.”

Councils will be able to grant pavement licences for outdoor dining and drinking as similar measures introduced during Covid are made permanent.

The industry estimates each outdoor seat is worth £,6000 in extra revenue

The LGA’s Nesil Caliskan said: “We need to make sure the long-term approach to pavement licensing better balances the needs of local businesses and residents.”

Other measures to be unveiled on Tuesday include more nuclear power stations, and scrapping the Human Rights Act.

There will also be a shake-up of parole, a clampdown on money laundering and a Bill to privatise Channel 4.