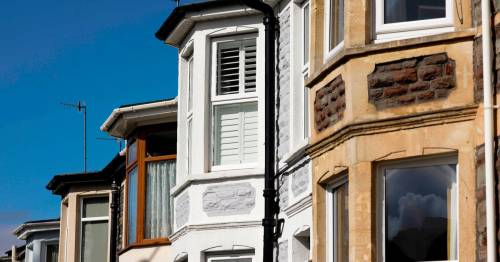 Bad landlords who ignore renters' complaints will be tackled by a new housing regulator, Boris Johnson has confirmed.

In the Queen's Speech, the Government outlined new legislation to protect tenants by giving powers to a new regulator that can intervene.

The Social Housing Regulation Bill will give more powers to a regulator to “intervene with landlords who are performing poorly on consumer issues, such as complaints handling and decency of homes”.

It could also “inspect landlords to make sure they are providing tenants with the quality of accommodation and services that they deserve”.

But it comes some five years after the Grenfell Tower tragedy saw the government promise to give tenants a greater voice.

Also in the Queen's Speech were plans that see renters protected from “no fault” evictions.

It follows repeated warnings from housing charities that current legislation was exacerbating the housing crisis.

Alicia Kennedy, Director of Generation Rent, said: "We can’t level up without dramatic improvements to the quality of rented homes. Reforming tenancies and raising standards in the private rented sector are essential first steps towards this so the government’s recommitment to a Renters Reform Bill is hugely important.

"Renters have been waiting three years for the government to abolish these insidious Section 21 evictions. Finally, legislation looks to be on its way.

"But we can’t rest until the changes are passed into law. Now it’s the details that matter."

Kate Henderson, chief executive of the National Housing Federation, said: "Every person in this country deserves to live in a safe, secure, good quality and affordable home; and to have a voice and clear route to redress if their home isn’t up to standard."

She added: "We face a grave affordable housing crisis which continues to worsen, with 4.2 million people currently in need of social housing in England. We look forward to working with the government to ensure any changes to the planning system deliver the number and type of affordable homes the country desperately needs."

Polly Neate, chief executive of Shelter, meanwhile, said: “Today’s Queen’s Speech shows the government has listened to the voices of renters, who have been fighting for a long time to be heard.

"For years private renters have said they need more security, so they don’t have to live in constant fear of a no-fault eviction. And for years social renters have tirelessly campaigned to be taken seriously when they say something is wrong. It's been five years since the fire at Grenfell tower, and we’re now one step further on the road to justice.


“These vital bills could finally give renters a system that is fair and safe – with the scrapping of Section 21, a new property portal that allows people to check their landlord is decent, and regulation to strengthen the rights of social tenants.

"But these promises will remain words on page until they become law. Now the government needs to get the job done.”