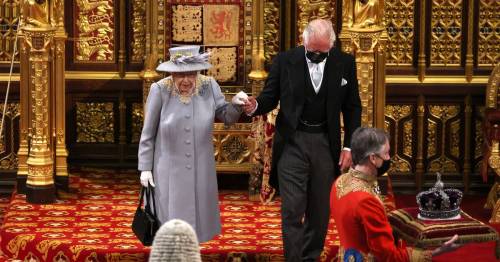 Queen’s Speech at State Opening of Parliament how to wacth

Pomp and ceremony will be observed in Westminster during the State Opening of Parliament and the all-important Queen's Speech on Tuesday May 10.

The historic tradition officially opens Parliament for the year and is a vitally important and symbolic ceremony in British democracy, as the government sets out its plans.

Campaigners upset with the government's current handling of the major issues plaguing the country, such as the cost of living crisis and reaction to Partygate, have set out their own alternative Queen's Speech.

Recent reports indicate the Queen is set to attend the opening, despite her mobility issues and recent statements from the Palace that said she will continue to have limited duties for the foreseeable future.

Prince Charles is set to be waiting in line if the Queen is unable to attend and a decision likely to be made on the day.

What time is the Queen's Speech?

The Queen's Speech forms part of the ceremony of the State Opening of Parliament, which begins at 11:30am on May 10 2022. The speech is then given shortly after.

Her Majesty, if she does attend, will arrive at Parliament after travelling to Westminster in a carriage procession.

It is an important part of tradition and no legislation can be passed without it once Parliament has been 'prorogued' – the term given to when the Parliament is suspended.

The last two ceremonies attended by the Queen saw her arrive in more casual dress, choosing not to wear the extremely heavy Imperial State Crown, and she is unlikely to use it again in public.

How do I watch the State Opening of Parliament?

Coverage of the Queen's Speech and the State Opening of Parliament starts on BBC News at 10.30am and will continue until 12.15pm. It can be watched online through BBC iPlayer.

Sky News and its YouTube channel also has coverage.

What will be in the Queen's Speech?

Expected to be in the speech are changes to Northern Ireland’s post-Brexit border arrangements, as well as an emphasis on a new energy strategy to try and clean up the country's energy uses.

The Queen is expected to announce plans for nuclear power, the privatisation of Channel 4 and a controversial bill to replace the Human Rights Act on behalf of her government.

New restrictions on landlords are expected and what the PM has termed the "super seven" of Brexit Bills designed to tackle "unnecessary barriers inherited from the EU".

Previous : Keir Starmer ‘weighing up pledge to resign’ if fined over Beergate
Next : Man committed after slayings shows up free in small SC town