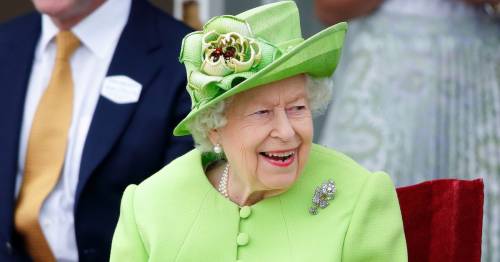 The Queen has always been a lover of the great outdoors and is certainly someone who values her space and privacy.

In the same breath, Her Majesty has become incredibly well-known for her brilliant sense of humour and her secret joy for when things go unexpectedly wrong.

So while you may imagine that there would be very little chance of the Queen experiencing any funny public interactions during her private time, think again!

Every summer, the Queen moves the royal household to Balmoral Castle in Scotland where she stays from July to September or early October. Some of the monarch's favourite activities to do there have previously included going for walks, stalking and pony-trekking.

But one year, Her Majesty successfully managed to avoid detection by a group of American tourists and had a great response when they asked her if she'd met the Royal.

The Queen tricked the tourists
(

While the public is used to seeing the 96-year-old monarch dressed in a vibrantly coloured hat and coat combination, it is entirely possible that she could fade into the background when she appears out of context.

And that is exactly what happened to a group of unwitting American tourists when they came across the Queen walking with an undercover police officer around the estate.

Richard Griffin, a former royal protection officer, told The Times about the encounter, as well as the Queen’s brilliant response.

Griffin explained that the Queen was out walking around the grounds and was wearing a simple headscarf and tweed coat. He continued that the group of tourists approached the Queen and asked her whether she lived locally, to which she responded that she had a house nearby.

The group are then said to have asked whether she had actually met the Queen herself, to which the Queen’s well-renowned sense of humour came to the fore. “No, but this policeman has,” she reportedly answered, gesturing to her protection officer.

The group then went on about their business, entirely unaware that they themselves had now met, and spoken to the Queen.

The Queen went incognito during a walk in Scotland
(

The Queen must have found this very funny
(

Shockingly, this isn’t the only time that the Queen’s identity has confused members of the public.

An unwitting elderly lady is said to have bumped into the monarch while she visited a local village shop in Norfolk and failed to recognise her.

The brilliant story of how the Queen avoided detection when she ventured into a shop near the Sandringham Estate was retold by artist Juliet Pannett, who was herself told the story by the monarch while she painted her.

Pannett recalled that The Queen was just about to take Afternoon Tea at Sandringham House when she realised they had no cake.

She said that the monarch donned her trademark headscarf and walked towards a village shop to pick up some cake.

It was said that an elderly lady spoke to her as she was about to enter and said: "Good heavens, you look just like the Queen." Her Majesty replied with "How reassuring," before selecting some cake for tea.

The Queen showcased her brilliant sense of humour on both occasions
(

Another hilarious story came from Her Majesty's visit to The Royal Windsor Horse Show in 1991. As she arrived, she was told by a guard that she couldn’t come in.

The guard reportedly said: "Sorry love, you can't come in without a sticker."

The Queen, unfazed by the incident and showcasing her famous sense of humour, replied: "I think if you check, I will be allowed to come in!"

The guard later revealed that he thought she was "some old dear" who was lost.