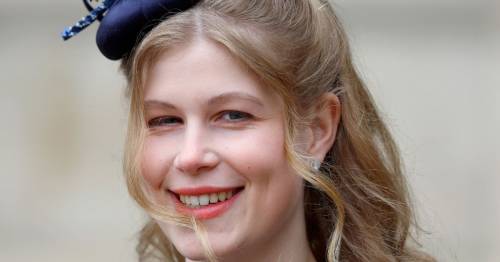 The Queen's "favourite" grandchild will reportedly honour Prince Philip with a touching tribute for the monarch's Platinum Jubilee.

The festivities will pay special tribute to the Queen and Duke's huge contribution to the world of equestrian.

The gesture will be particularly poignant because Philip, who passed away on April 9 2021 and took up carriage driving in the 1970s, taught the sport to his granddaughter.

Lady Louise Alice Elizabeth Mountbatten-Windsor is the daughter of Prince Edward and Sophie, the Countess of Wessex.

That makes her the grandchild of the Queen, 96, and her late husband Philip.

Prince Edward is the youngest child of the Queen and the Duke of Edinburgh, and Louise is his eldest child with Sophie.

Lady Louise was born on November 8 2003, and has one brother, 13-year-old James, Viscount Severn. She is currently 16th in line to the throne.

It's evident that she and Prince Philip were close, but sources also claim she is the Queen's "favourite" grandchild.

A Royal source previously told The Sun: "The Queen loves the fact that Louise and James relish their time at Balmoral, and she has become particularly close to Louise, who seems to have become her favourite grandchild, closely followed by James."

It is hoped that the Queen will be able to attend the final night of the horse show, which will be broadcast live on ITV on Sunday May 15, despite her recent mobility issues.

The gala, which is held in the private grounds of Windsor Castle, will climax with a special tribute to the Queen’s love of horses.

The Royal Windsor Horse Show's BAFTA-winning director, Simon Brooks-Ward, told The Telegraph that while the Queen is famous for her love of horse racing, it is little known that she also has an eclectic mix of horse and ponies.

He said: “What the Queen has done is always championed rare breeds. She has been the best ambassador to increase the breeds in terms of numbers and significance.

“There's a huge swathe of horses and ponies that perhaps the general public won't realise or recognise, but in the Queen’s 70th jubilee year it’s something we want to recognise and celebrate.”

Previous : Alternative Queen’s Speech in full as campaigners demand Boris Johnson clean up politics
Next : Kentucky Derby 2022: History of the ‘Run For The Roses’