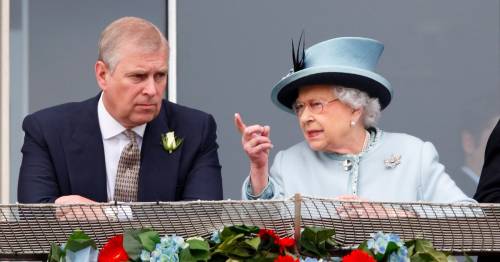 As difficult as the decision to banish her son from royal life for ever may have been, the Queen once again showed there is no time for sentiment when it comes to protecting The Firm.

Many will argue her resolution to stick by Prince Andrew as his disgrace mounted was an error.

But once a ruling was handed down forcing him to face a civil trial, an event of such incredible magnitude and risk to the monarchy, the Queen acted with rapid brutality.

Despite consistently denying allegations of sexual assault, it appears Andrew’s manner of choosing how to defend himself has been his undoing in the eyes of his family and the public at large.

The initial denials, the lack of recollections, shaky alibis and the excuses on sweating, all led to the bemusement in royal circles.

His ill-fated wall of silence, in the presumed hope that it would all just go away and he would somehow return to his former life, has ended up with disastrous consequences.

With the evaporation of support from his family, Andrew not only faces a new and lonely life in the wilderness but the added task of clearing his name just became monumentally harder.