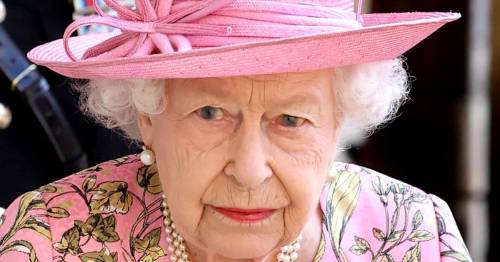 Working for the Royal Family often means having to be discreet and keeping your working life under wraps.

But one company was stripped of its Royal warrant as an official supplier to the Queen after its then-owner wrote a tell-all book, which included details about working for Her Majesty.

That company was upmarket lingerie firm Rigby & Peller after June Kenton, who fitted bras for the Queen, spoke out.

In her book, which came out in March 2017, the author wrote about fitting bras for a "half-dressed Queen".

But by 2018, the company was no longer the official "corsetiere" to the Queen due to the book called ‘Storm In A D Cup’, reports the BBC.

June Kenton, a former bra fitter to the Queen
(

June was a previous owner of Rigby & Peller
(

But Mrs Kenton says she just wrote her amazing life story, and said details she gave in the book were all "lovely and sweet".

She told the Mirror Online at the time : "I just wrote my life story, from World War Two until now.

"It's just a story of all the amazing things I have been fortunate enough to experience."

A Rigby & Peller store in London
(

When asked about her comments on the Queen, she said they were "all very nice" and insisted "it's not a kiss and tell story at all".

"I have never stepped out of line," she added.

"There's nothing naughty in the book at all.

"People should read the book and find out exactly what I said because it's all very lovely and very sweet."

A Rigby & Peller spokeswoman said at the time: "The Royal Household Warrants Committee has decided to cancel the Royal Warrant granted to Rigby & Peller and Mrs June Kenton.

"Rigby & Peller is deeply saddened by this decision and is not able to elaborate further on the cancellation out of respect for her Majesty the Queen and the Royal Warrant Holders Association.

"However, the company will continue to provide an exemplary and discreet service to its clients."

However, one book the Queen and the Palace has approved of his is the one by her dresser and confidante Angela Kelly.

Angela, who was the daughter of a dockworker in Liverpool, was given The Queen's support for her tell-all book – The Other Side of The Coin: The Queen, The Dresser and the Wardrobe.

The decision to support the book is unprecedented, proving just how highly regarded she is by the Queen.