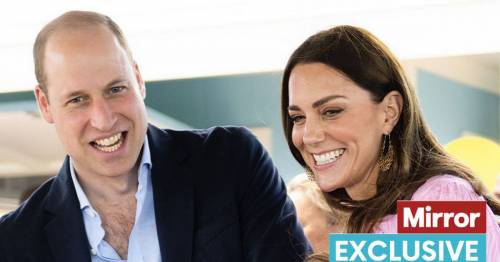 Prince William will hold a joint 40th birthday bash with wife Kate after her own party plans were cancelled due to surging covid rates.

The Duke of Cambridge has been given the go ahead to throw the party at the Queen’s Windsor Castle home or Sandringham Estate later this summer after agreeing the couple should "celebrate their landmark birthdays in style", royal sources have revealed.

As well as senior royals including the Prince of Wales and Duchess of Cornwall, The Queen may attend William and Kate’s bash, in line with the royal tradition of celebrating decade milestones for senior members of the family.

However, the 96-year-old monarch, who has suffered from increasing mobility issues in recent months, will not confirm until the day of the party, one palace source confirmed.

The Queen may even attend
(

Historically, the lavish bashes have been thrown together to celebrate several members of the family together.

In a royal first, William will not have his birthday marked by the flying of Union flags on government buildings to mark the birthdays of senior royals, in the wake of Prince Andrew’s banishment from royal duties following his involvement in a sex abuse scandal.

It emerged today that The Queen and the Prince of Wales will now be the only royals whose birthdays will be marked in such a way.

Andrew has been cut from the list on the Government's website but so have the Duke and Duchess of Cambridge, the Duchess of Cornwall, the Earl and Countess of Wessex and the Princess Royal.

Royal sources said the decision was taken to spare any embarrassment for Andrew after he was forced to pay £12million to settle a US civil sexual assault case in February.

The Duke of York, 62, was forced out of public life over his friendship with billionaire paedophile Jeffrey Epstein.

Guidance on the designated days when the Union flag must be flown on UK government buildings appears to have changed on February 11 this year.

This was just four days before Andrew reached his out-of-court settlement with his accuser Virginia Giuffre, a month after the Queen stripped him of his military patronages and he gave up his HRH style, and a week before his 62nd birthday.

The royal couple will celebrate in style, sources say
(

His 60th in 2020 sparked a storm of controversy after councils were sent notes by the private secretary to the Ministry of Housing, Communities and Local Government permanent secretary reminding them to fly the flag in his honour.

The Government later said this would not be required.

Of the Cambridges’ joint birthday party Kensington Palace said: "We do not comment on private plans."

Previous : Teen girl pulled from rubble after horrror explosion tears windows off house
Next : Keir Starmer tells Labour to plan for succession in case leader is forced to quit