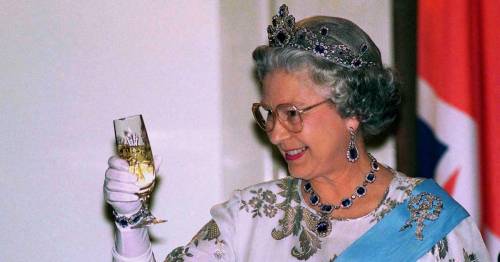 The Queen could pretty much have whatever she wanted to start her day off, with a team of world-class chefs ready to cook her a delicious breakfast.

But rather than opting for extravagance and variety to kick off her day, Her Majesty has apparently followed the same, simple routine for the whole of her 70-year reign.

The Queen can choose from a variety of breakfast cereals laid out in the dining room in plastic containers – and her favourite is said to be Special K, reports OK!

Former royal chef Darren McGrady, who worked for the royal family for more than a decade, has also said that on occasion this is swapped up for something more indulgent.

What do you make of the Queen's routine? Have your say in the comment section

The Queen has access to the best food and chefs
(

He explained: “The Queen loved scrambled eggs with smoked salmon and a grating of truffle.

"But she was too frugal to ever order fresh truffles and only really enjoyed them at Christmas when the truffles were sent as a gift.”

To accompany the breakfast, the chef revealed how HRH opts for Wilkins and Sons marmalade on toast, paired with Twinings English Breakfast tea.

Darren’s primary role during his 15-year tenure at Buckingham Palace was as Queen Elizabeth II’s personal chef, and he also accompanied her on two royal tours of Australia.

In his book Eating Royally: Recipes and Remembrances from a Palace Kitchen, he reveals the Queen’s favourite meals and the things she is not a fan of on the dinner table.

Knowing her habits well, Darren was also keen to explain that the Queen "eats to live" and isn't actually what you might describe as a "foodie".

As part of her nightly routine, it’s well reported that the royal enjoys a glass of champagne every night before bed.

According to the 95 year old’s cousin, Margaret Rhodes in the Independent, the royal never fails to indulge in the luxurious tipple before hitting the pillow.

While the exact brand is unknown, she has awarded the Royal Warrant to Bollinger, Krug, Lanson, and Pol Roger, so it could well be any one of these.

Her royal highness’ favourite drink is actually believed to be a gin and Dubonnet, which is a sweet, aromatised wine-based aperitif.

The Queen is said to prefer her mix, one part gin to two parts Dubonnet.

Previous : German watchdog says Google agrees to remove Showcase from general searches
Next : The top 30 things Brits constantly nag others about – like turning off lights and TV