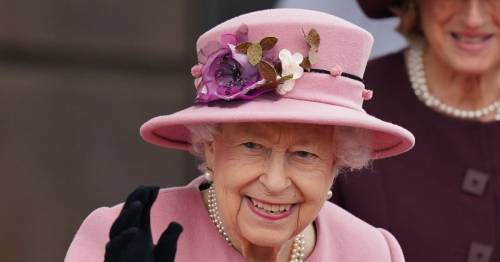 The Queen is annoyed that planet-polluting leaders may skip a UN climate summit.

Her Majesty will attend the COP26 in Glasgow with Princes Charles and William, who says son George worries about litter.

She said of world leaders such as Russia’s President Putin failing to commit: “It’s irritating.”

The leaders of countries including China and Russia have been dubbed “irritating” by the Queen for failing to commit to next month’s UN climate change conference.

The monarch, 95, spoke of her dismay just weeks before global heads of state and environmentalists including activist Greta Thunberg discuss the climate emergency at the COP26 in Glasgow.

Do you agree with the Queen? Have your say in the comment section

She said after the official opening of the Welsh parliament’s sixth session in Cardiff today: “Extraordinary isn’t it.

“I’ve been hearing all about COP, [we] still don’t know who is coming, no idea.

“We only know about people who are not coming and it’s really irritating when they talk, but they don’t do.”

Her Majesty will attend the event with Prince Charles and the Duke and Duchess of Cambridge.

With Elin Jones, presiding officer of the Welsh Senedd
(

The Queen in Cardiff today
(

She was speaking today to her daughter-in-law the Duchess of Cornwall and Elin Jones, presiding officer of the Welsh Senedd.

Her comments could be taken as a attack on national leaders including Australia’s Prime Minister Scott Morrison, who says he may not attend.

President Xi Jinping of China, the world’s most polluting nation, has also refused to confirm whether he will go.

Chinese President Xi Jinping could be a cop out
(

So too has Brazil’s science-denying president, Jair Bolsonaro, who recently declared his refusal to be vaccinated.

President Vladimir Putin is also currently on the list of non-attendees, although it is thought Russia may send a presidential envoy.

PM Boris Johnson, US President Joe Biden, French President Emmanuel Macron and Canadian PM Justin Trudeau will all be there.

The Prince of Wales has urged Mr Morrison to attend, saying the 26th Conference of the Parties could be the world’s “last chance” to take action.

The future king warned of a “catastrophic” impact to the planet if bolder action was not taken. He will hope to exert some influence at the week-long event with a landmark speech.

Prince William launched a global ambitious project labelled the Earthshot Prize to find and reward the most ambitious solutions for solving the planet’s greatest challenges.

On Sunday he will preside over the programme’s inaugural awards ceremony in London, delivering the first five of 50 £1million prizes over the next decade to those doing the most to help the climate crisis.

Australian PM Scott Morrison says he may not attend
(

He today hit out at billionaires such as Amazon founder Jeff Bezos and Tesla chief Elon Musk for pursuing costly and environmentally damaging space travel instead of helping to solve the climate crisis.

He said on the BBC Newscast podcast: “We need some of the world’s greatest brains and minds fixed on trying to repair this planet, not trying to find the next place to go and live.”

The father of Prince George, eight, Princess Charlotte seven and Prince Louis, two, called for the sort of “collaborations, the coordination, the science, the research” which have developed Covid-19 vaccines.

He added: “It would be an absolute disaster if George is here in 30 years’ time still saying the same thing, because by then we will be too late.”

Buckingham Palace made no comment on the Queen’s remarks but royal sources said it was “rare intervention” into diplomatic matters.

Her late husband Prince Philip, who died in April aged 99, trumpeted the need to protect the planet for decades.