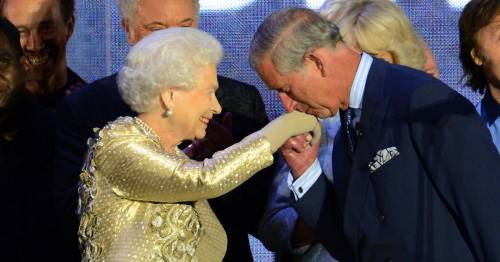 Much like several royal children before her, The Queen received a simple and basic education from her governesses and tutors at home, rather than attending school with other children.

She did, however, take weekly lessons in the rules of constitutional monarchy with the vice provost of Eton College, Henry Marten.

As a result of her lack of interaction with large groups when she was young, Princess Elizabeth is said to have never built up the necessary immunity against common childhood diseases, such as chickenpox.

The Queen and Princess Margaret's close friend, Lady Anne Glenconner, revealed exactly what was done to protect Her Majesty when her own children contracted common diseases.

Lady Anne Glenconner is a former Lady-in-Waiting to Princess Margaret and close friend of The Queen. Lady Anne grew up alongside the two princesses and spent many years as a close confidant.

Prince Charles had to leave home when he had chickenpox

In 2019, Lady Anne released her book ' Lady in Waiting: My Extraordinary Life in the Shadow of the Crown ' which reveals several brilliant stories about her personal life and her relationship with everyone from Princess Margaret to Prince Charles.

One of the most amazing claims in the book involves how Prince Charles was sent away from The Queen to stay with Lady Anne's parents, The Earl and Countess of Leicester, when he contracted Chickenpox.

She writes: "Our connection to the Royal Family was close. When I was in my late teens, Prince Charles became like a younger brother to me, spending weeks with us all at Holkham.

"He would come to stay whenever he had any of the contagious childhood diseases, like chickenpox, because the Queen, having never gone to school, had not been exposed to them.

"Sixteen years younger than me, Prince Charles was nearer in age to my youngest sister Sarah, but all of us would go off to the beach together."

Prince Charles was sent away to protect The Queen
(

She continued: "My father taught him how to fish for eel in the lake, and when he got a bit older, my mother let him drive the Jaguar and the Mini Minor around the park, something he loved doing, sending great long thank-you letters telling her he couldn't wait to return.

"He was such a kind and loving little boy and I've loved him ever since – the whole family have always been deeply fond of him."

Lady Anne revealed in an interview with The Guardian that she is still close with Prince Charles now and frequently sees him.

She said: "And people are really fond of him now, you know. All that talking to plants and his green things, it’s all come true. People don’t laugh at it."

Glenconner’s family has a long relationship with the royal family. Her paternal grandmother was King Edward VIII’s mistress and her father was equerry to The Queen's father, King George VI.

The couple are perhaps best well-known for transforming the Caribbean island of Mustique into a desirable holiday destination for the rich and famous.

Princess Margaret spent huge amounts of time on the island and had her own home called 'Les Joiles Eaux'.

Lady Anne was appointed Lady in Waiting to Princess Margaret in 1973 and kept this role – accompanying her on many state occasions and foreign tours until her death in 2002.

She was widowed in 2010 and now lives in a coastal farmhouse near Kings Lynn in Norfolk.

Previous : Man walking friend home from bar lost chunk of skull after being set upon by thugs
Next : Mum shares how she saved £2,000 on furniture by upcycling instead of buying new