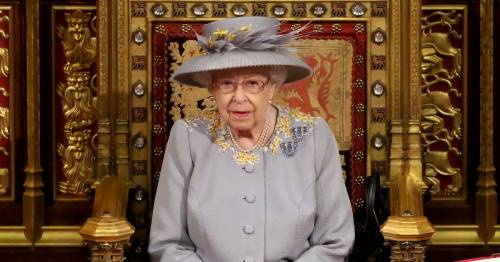 Queen ‘proud’ of Charles and William stepping in but ‘very much’ in charge, sources say

The Queen is "very proud" of the way that Charles and William stepped in at the State Opening of Parliament but she remains "very much" in charge, royal sources have said.

The 96-year-old monarch was forced to pull out of Tuesday's State Opening after Buckingham Palace said that she was suffering from "episodic mobility issues".

It was the first time in 59 years that she wasn't able to give the Queen's speech, with Charles addressing Parliament in her place.

She missed the event in the past when she was pregnant with Prince Andrew in 1959 and Edward in 1963.

Instead, the Queen watched on from Windsor while the Sovereign's Throne in the House of Lords was left symbolically empty.

It has led to further questions over the health of the Queen and if she is now ceding power to Charles.

But speaking to The Sun, royal sources have insisted that the Queen is "very much" still in charge.

And at the same time she has been very happy to see her son and grandson perform important roles in her absence.

One source said: "The Queen was very proud to see her son and grandson step in."

Charles as well is believed to be happy in his role of helping his mother.

A friend of Charles reportedly said: "This is his mum and so of course he always wants her to do these events such as State Opening of Parliament.

"He would rather step up than her being made to do things that are difficult for her."

Speaking whilst flanked by his son William and his wife Camilla, he referred to the Queen's determination to continue fulfilling royal duties.

He has explained that his mother is looking forward to the Platinum Jubilee celebrations in June, when the country will come together to mark 70 years of her reign.

She is expected to attend Trooping the Colour on June 2 to kickstart the Jubilee, despite having missed some 14 major events in seven months.

The Queen has missed a number of events this year, including the recent announcement she won't be hosting any of her annual Buckingham Palace garden parties.

A statement from Buckingham Palace read: "The Queen continues to experience episodic mobility problems, and in consultation with her doctors has reluctantly decided that she will not attend the State Opening of Parliament."