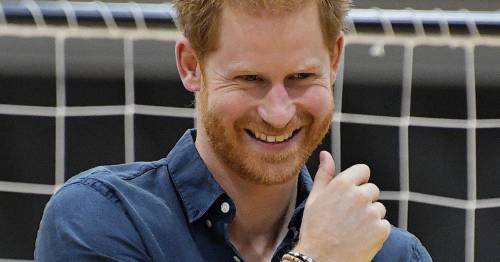 The Queen and the Duke and Duchess of Cambridge have led birthday wishes for Prince Harry, who turns 37.

Prince William, 39, and his wife Kate Middleton followed suit as they tweeted a picture of a beaming Harry with the caption: "Happy Birthday Prince Harry!"

Prince Charles and Camilla also took to the social media platform to say: "Wishing The Duke of Sussex a very Happy Birthday today!"

It was accompanied by three touching pictures of the Duke of Cornwall with his youngest son over different stages of his life.

Prince Harry is currently in the US, where he lives in a £11m mansion in Montecito, California, with his wife Meghan Markle and their two kids, Archie and Lilibet.

It comes as Prince Harry has been warned to be cautious on his birthday in case he were planning to use the occasion to make any political statement.

Royal expert Richard Fitzwilliams suspects Harry could be planning a birthday initiative linked to Afghanistan and the refugee crisis.

But he warned the Prince that he'll have to watch what he says with political tensions rising following the Taliban's return to power.

The royal commentator feels he will follow his wife’s lead and make an announcement related to the charities he supports.

Speaking to OK! Magazine, he told Harry to be cautious if he is to approach the subject on Wednesday.

“The Sussexes like to announce charity initiatives on their birthdays,” he stated.

“We saw it last year when Harry announced funding for CAMFED, a charity helping support African girls in education, so it’s possible he will do something similar this year.

“Of course, you can never predict what Harry is going to say and do, but Harry has already put out a statement supporting military veterans in the wake of the Afghanistan withdrawal.

“It’s a big crisis and it would be a reasonable assumption that any birthday initiative might be linked to Afghanistan and the refugee crisis.

“But he would have to be careful not to say anything critical of President Biden.

"Harry and Meghan seem to see their future in the US and Harry will have to watch what he says about US domestic matters, especially as it’s been speculated that Meghan is eyeing up a future in politics.”

“Harry is committed to his charities so I wouldn’t be surprised if he announced initiatives supporting some of them,” says the royal expert.

Previous : Prince Harry’s naughty gift from Princess Diana and his plan to trick the Queen with it
Next : Police: Lawyer Murdaugh arranged own death but shot grazed