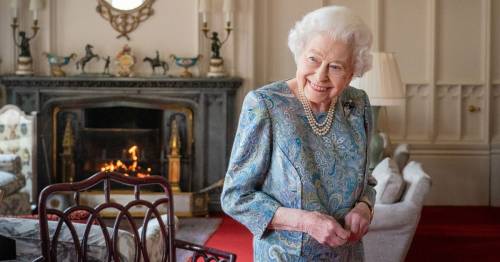 The Queen is still planning to attend tomorrow's State Opening of Parliament after tweaks have been made to the schedule.

The 96-year-old monarch will make a final decision in the morning owing to her ongoing mobility issues.

Her Majesty is expected to travel by car, take a lift instead of the stairs and wear a day dress without the heavy Imperial State Crown as she has done before.

Palace aides and government organisers have made arrangements for the Queen to walk as short a route as possible and attend in comfort.

A palace source described Her Majesty as having “good days and less good days” with her ability to get about, which has led to her missing out or cancelling several high profile events in recent months.

The State Opening of Parliament had previously been adapted in May 2021 to reduce ceremonial elements and ensure the event was Covid-secure, but the Queen has only missed the event twice during her 70-year reign.

Buckingham Palace announced last week that the monarch would miss the royal garden party season this year, after deciding the events which require her to stand for long periods would be too much.

Her Majesty will instead be represented by other members of her family at three events at her London residence in May and one in June at the Palace of Holyroodhouse in June.

The Queen at the State Opening of Parliament last year
(

Aides still maintain the sovereign is still “very much pin sharp” in mind and remains wholly dedicated to her duties.

Since 2016 the monarch has used the lift at Sovereign's Entrance rather than the stairs when arriving and leaving the Palace of Westminster.

The Queen has opened Parliament all but two times during her reign.

The State Opening of Parliament will mark the start of the parliamentary next year after the Queen prorogued Parliament on April 28 and brought the 2021/22 session to a close.

Broadcast coverage from the State Opening, the only regular occasion in which the monarch, House of Lords and House of Commons meet, will likely be restricted from filming the Queen's entrance and exit into Parliament.

Prince Charles could also step in and deliver the monarch's speech if health issues prevent her from attending. The Prince of Wales will be joined by his wife the Duchess of Cornwall.

Despite her health woes, the Queen has fully embraced video conferencing, allowing her to undertake a variety of engagements and audiences with dignitaries from her Windsor Castle home.

The Queen has only twice missed the State Opening of Parliament
(

Last October, the Queen spent a night in hospital and spent the following three months under doctors' orders to only conduct light duties and missed a number of prominent events.

The sovereign has been using a walking stick in public since she attended a service marking the centenary of the Royal British Legion last October.

Her Majesty did however manage to summon the strength to attend a service commemorating the life of the Duke of Edinburgh in March with senior royals and a congregation of hundreds.

She reached her Platinum Jubilee in February, overcame a bout of Covid after testing positive that month, and celebrated her 96th birthday privately on April 21 at her Sandringham estate.