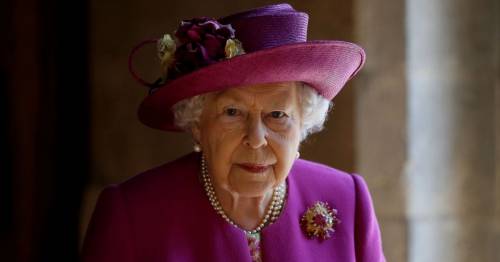 The Queen's Platinum Jubilee year is fast approaching with a string of exciting events planned.

The celebration of her 70 years as monarch will culminate in a bumper four-day bank holiday weekend at the beginning of June.

Among the events set to take place are Trooping the Colour, a magnificent Jubilee pageant and a pop concert at Buckingham Palace.

The last time a huge concert was held at the palace was in 2012 for the Queen's Diamond Jubilee 10 years ago, when a huge stage was erected in front of the Victoria Memorial.

The Queen is celebrating 70 years on the throne this year
(

And Gary once revealed how he was grilled with several awkward questions when they met with the Queen to get her approval for the concert plans.

Speaking on the Graham Norton Show in the run-up to the show, Gary explained: "Only a couple of weeks ago I got the job of presenting the whole plan of the concert to her and I’d learnt everything about the gig.

“There’s not a question she can throw at me that I’m going to falter on.”

Yet the singer was then taken aback as the monarch quizzed him on the event's finer details.

Gary continued: “And she said, ‘So all the equipment, how long is that going to take to dismantle?

“At this point, I’m guessing so I say, ‘About six or seven hours’.

“And she said, “So, the concert finished at half ten at night, which means you will be doing that all night at the front of the palace where my family lives.

“At this point, I say, ‘Moving on Your Majesty, this is the royal box, this is where you will be sitting.

“And she said, ‘How am I going to get there?’ It was something else I didn’t know the answer to!

Fortunately for Gary, the concert went off without a hitch and ended with an emotional speech by Prince Charles and a stunning fireworks display.

It's not yet been confirmed who will be playing at this year's concert called the Platinum Party at the Palace.

But it is said that some of the world's greatest entertainers are being billed to perform at the concert to celebrate the most significant moments from the Queen's reign.

Previous : US shoppers find some groceries scarce due to virus, weather
Next : JD Sports upbeat on profit as consumers spend more during holidays