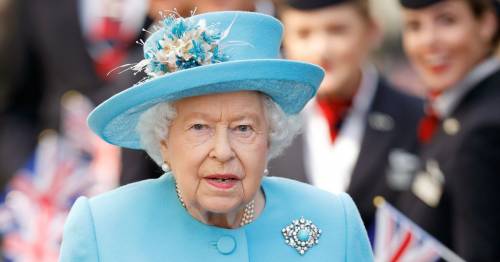 The Queen went on a secret trip to see her own horses after missing the first day of the Royal Windsor Horse Show, it has been reported.

Her Majesty's recent withdrawal from events has sparked fresh health concerns ahead of her Platinum Jubilee.

The 96-year-old was due to be driven 500 yards from her private apartments at Windsor Castle to see one of her horses compete.

However, her appearance was suddenly called off.

Shortly afterwards the Queen is said to have gone to see her other horses at the Royal Mews, it has been reported.

A source said: “She simply changed her mind.”

The Queen has 14 horses competing in a string of events and she has not missed the show in 79 years, The Sun reports.

A source said: “If she has horses competing there is a fair chance she would make an effort to attend.”

Princess Beatrice stood in for the monarch on Wednesday night in a “dress rehearsal” of the extravaganza planned for Sunday night.

The RWHS kicks off officially last night, featuring more than 500 horses and 1000 performers to dazzle audiences in the “'spellbinding” equestrian event A Gallop Through History.

The four-night run culminates on Sunday when it is broadcast live on ITV.

In scenes that organisers are hopeful of repeating on Sunday, Princess Beatrice, 33, smiled and waved as she was driven across the main arena in a Range Rover accompanied by her husband Edo Mapelli Mozzi, 38.

A royal source told The Mirror : “Several contingency plans are in place for Her Majesty to attend events surrounding the Platinum Jubilee celebrations in the greatest comfort possible.

The Mirror contacted the Palace for a statement.