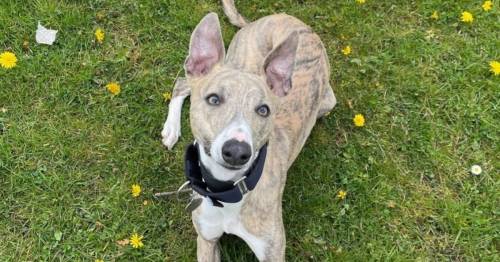 A young puppy was left glassy-eyed and disorientated after eating cannabis on a walk.

The dog, a Whippet named Rye, had to be rushed to the vets after his dog walker became concerned with the way he was acting.

Dogs, like humans, can get high, but they experience the effects more intensely, so are left highly distressed.

While dogs eating up cannabis is a rare occurrence, his owner is now warning other dog walkers to be vigilant with vets reporting a rise in similar cases.

It’s thought the class B drug had been left behind by post-lockdown partygoers.

The 10-month old whippet was fine with no long-term effects after he was taken to the vets where he received emergency treatment. 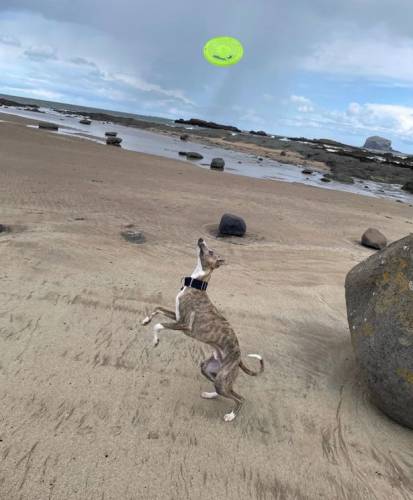 However, vets are warning the drug can potentially cause serious harm.

She’s also backing calls from Vets Now for owners to get urgent help if they suspect their pet has eaten anything toxic.

“I was at work and Rye was out with his dog walker at Mugdock Country Park,” said café owner Leonora, 31, from Bearsden, Glasgow.

“He was playing with other dogs in the pack in a bit of forest when the walker noticed him behaving very strangely.

“He was standing very still, his eyes had glazed over and he was really unsteady on his feet and couldn’t walk without losing his balance.

“She carried him back to her van and called me saying she didn’t know what was wrong.”

Leonora got the walker to take her puppy to her vets while she rushed straight there herself.

She was shocked to hear that Rye’s listless, dazed, unsteady state was typical of having ingested marijuana. 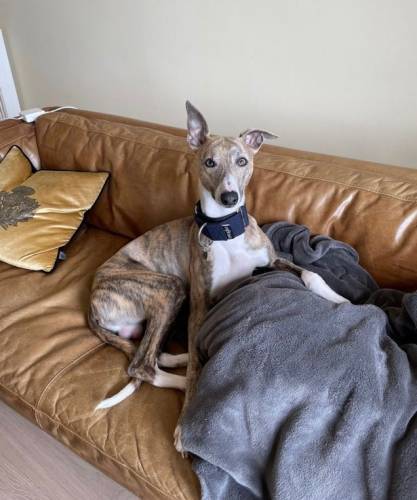 After a few days of being dazed, Rye recovered and is fine
(Image: Reach PLC)

She was also informed that the vets had seen other dogs suffering in similar fashion after being around a popular car park area at the country park.

Sickness was induced in Rye, as well as being given a treatment to counteract the effects of the drugs, and he had to stay overnight with Vets Now.

“He was so out of it the vets had to carry him in and out of the car,” said Leonora.

“It was really scary and horrible. I’ve got to say Vets Now were amazing, I was so touched by their attitude and care. They were just so kind and reassuring and told me I could call at any time during the night if I was worried.”

Emergency vet surgeon Cormac Dolan was on duty the night Rye was brought in.

He said: “We kept him on a drip and gave him activated charcoal to absorb the toxins in his blood.

“It can be difficult to detect cannabis in a dog’s fluids, but Rye’s condition was very typical of having ingested it and although he was happily okay after treatment, this can be very serious for dogs.

“If owners suspect their dog has eaten something dangerous, they should contact their vet straight away.”

After a few days Rye recovered and was back to his normal self.

“It seems that people are going to Mugdock to meet in large groups without being caught rule breaking,” said Leonora.

“Rye has a habit of eating things, so I’ve taken the tough decision to put a muzzle on him now, although he wears a green ‘friendly’ collar, so people know he isn’t aggressive.

“I’d advise any dog owner to keep their pet on the lead if they see anything lying around and ask anyone who is out partying to clear everything away.

“This has happened to other dogs, and it doesn’t take much cannabis to make a small dog very ill.”