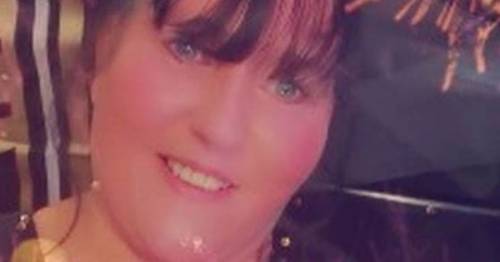 A landlady who allowed her pub to be used as the base for an illicit operation delivering spice into prison has been spared jail.

Lorraine Jackson let her daughter and her prison boyfriend use her property as a drug factory for inmates, LancsLive report.

She denied any knowledge of the conspiracy when quizzed by police but eventually pleaded guilty to allowing the premises of the Gamull pub in Preston, Lancashire, to be converted.

The operation was run by prisoner Asaiah Facey and saw his girlfriend Shannon Jackson send letters dipped in the liquid form of the drug to be posted to the prison.

A fake solicitors stamp was used to trick the prison staff into thinking the letters contained legal correspondence and therefore could not be opened.

It is unclear how much money was made through the scheme but Preston Crown Court heard that a single sheet of paper could be sold for £900, with multiple sheets sent in each letter.

Around 35 letters were linked to Facey and Shannon Jackson’s conspiracy along with payments of £1,300 from one prisoner.

Evidence was found on one of the seized phones in which the woman, 51, performs a bizarre song and dance routine about drugs.

Referencing ‘double dip, triple dip’ – in relation to the methods used to make the sheets stronger and more expensive – she occasionally drifts into a version of Afroman’s 2000 hit ‘Because I got high’.

That video was played in court during her sentencing hearing. Her song, seemingly mocking the prisoners who bought the drugs from Facey, was accompanied by an equally jolly dance as Lorraine Jackson stands on a keg and kicks her feet in the air.

The video was played in court as the woman was handed a suspended sentence earlier this month.

In comments posted on LancsLive Facebook page, Lorraine Jackson, who pleaded guilty, said “I wasn’t allowing any of this to happen it’s a load of rubbish”.

Jackson admitted the offence in court and was sentenced accordingly, with a reduction in her sentence accredited to that guilty plea. She will also have the 23 week sentence hanging over her head for the next year and must complete 100 hours of unpaid work.

Paul Brookwell, prosecuting, told the court: “There was an operation in which drugs, namely spice, were laced into papers in a liquid form. In some cases they will have been dipped once, twice or three times, increasing their strength and value.”

The letters were sent to HMP Northumberland a Rule 39 stamp and the name ABV Solicitors which meant that prison staff weren’t allowed to view the contents.

However, they became suspicious and found out the name was fake, leading them to inform the police and the conspiracy be uncovered.

Letters had been sent from post offices around Preston, including one just a couple of doors down from the Longridge Road pub, and most deliveries had been paid for using Shannon Jackson’s bank card.

The pre-stamped letters had also been bought using Shannon Jackson’s card and the delivery note was found on show in Lorraine Jackson’s bedroom. A search of the property found other items related to the operation which will not be destroyed.

According to Mr Brookwell, police were unable to work out the scale of the operation to identify how much money had been made but 11 letters were intercepted, most of which contained multiple sheets of laced paper.

She was spared jail at Preston Crown Court
(

Messages and bank payments provided evidence of a further 19 and a handwritten note referenced another five. Four bank payments from one prisoner were linked to the sale of spice and totalled more than £1,300.

Defending, David Traynor said Lorraine Jackson, 51, did not benefit financially other than through borrowing money from her daughter.

He disputed the judge’s suggestion that the sentencing guidelines should be higher due to the use of business premises as it did not take place in any public areas or use the pub as a front.

“It is entirely different to a barmaid dealing drugs, pretending to sell drinks but actually selling drugs,” he said.

Sentencing, Judge Heather Lloyd criticised answers given by Lorraine Jackson to the author of a pre-sentencing report, saying it showed a denial and lack of remorse for what she had done.

She added: “You are the custodian of the Gamull public house where you live with your daughters and your grandchild.

Judge Lloyd said it was clear she was aware of the operation, through singing about it, sending messages to Facey’s phone which he wasn’t allowed in prison, and through the presence of the letters and stamps in the house.

Facey, 31, was previously jailed for four years for his role in the operation and Shannon Jackson has already completed the jail term of an 18 month sentence for her role.

Previous : World Cup fans could be jailed for seven years if they have a one night stand in Qatar
Next : Tesco Clubcard vouchers worth £17million expire TODAY unless shoppers take action