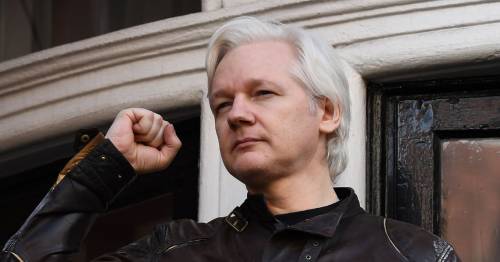 Home Secretary Priti Patel has signed an order to extradite Julian Assange to the US to face espionage charges.

The Wikileaks founder is wanted in the US over the mass leak of classified documents in 2010 and 2011.

Mr Assange has 14 days to appeal the decision, which was passed to the Home Secretary after consideration by Westminster Magistrates Court and the High Court.

Wikileaks branded it a "dark day for press freedom and British democracy" and vowed to mount an appeal.

The Australian, who has been battling extradition for more than a decade, is being held at Belmarsh prison in London.

He took refuge in the Ecuadorian embassy in London between 2012 and 2019.

But the Ecuadorian authorities withdrew his asylum after a series of disputes, leading to his arrest and remand in custody at Belmarsh.

The Home Office said the order had been approved after assurance he would be "treated appropriately" in the US.

A Home Office spokesperson said: "On 17 June, following consideration by both the Magistrates Court and High Court, the extradition of Mr Julian Assange to the US was ordered.

"In this case, the UK courts have not found that it would be oppressive, unjust or an abuse of process to extradite Mr Assange.

"Nor have they found that extradition would be incompatible with his human rights, including his right to a fair trial and to freedom of expression, and that whilst in the US he will be treated appropriately, including in relation to his health."

A British judge ruled last year Mr Assange should not be deported due to the risk to his mental health if convicted.

But this was overturned in December after an appeal by the US.

A WikiLeaks spokesman said: "This is a dark day for press freedom and for British democracy.

Assange is wanted in the US over leaks of classified documents
(

"Anyone in this country who cares about freedom of expression should be deeply ashamed that the Home Secretary has approved the extradition of Julian Assange to the United States, the country that plotted his assassination.

"Julian did nothing wrong. He has committed no crime and is not a criminal. He is a journalist and a publisher, and he is being punished for doing his job.

"It was in Priti Patel's power to do the right thing. Instead she will forever be remembered as an accomplice of the United States in its agenda to turn investigative journalism into a criminal enterprise."

Campaigners urged the Home Secretary to rethink the decision, which they said undermine press freedom.

Quinn McKew, Executive Director of ARTICLE 19, said: "The Home Office’s decision to extradite Julian Assange exposes its complicity in undermining press freedom just as it claims to be a world leader on freedom of expression.

"It also sends a worrying message to the world that journalists, activists and anyone who exposes important truths about crimes – including those committed by governments and businesses — do not deserve protection for their rights to impart information and speak freely."

Former Cabinet minister David Davis said he does not believe Assange will have a fair trial in the US and called for extradition rules to be rewritten.

The Conservative MP said on Twitter: "Sadly I do not believe Mr Assange will get a fair trial.

"This extradition treaty needs to be rewritten to give British and American citizens identical rights, unlike now."