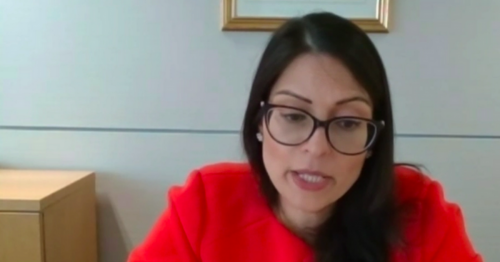 The Tory Home Secretary faced a furious clash today after it emerged 59 asylum seekers are still in dorms at a barracks that had a major Covid outbreak last year.

Priti Patel was blasted by Labour's Yvette Cooper in a fiery committee hearing after the Home Office admitted dormitories are still in use at Napier Barracks in Kent.

Last month six asylum seekers won a legal challenge against the Government, after a High Court judge found their accommodation at the former Army barracks failed to meet a “minimum standard”.

The six men, all said to be "survivors of torture and/or human trafficking", argued the Home Office was unlawfully accommodating people at the barracks and conditions at the camp pose "real and immediate risks to life and of ill-treatment".

Yet Ms Patel today told the Home Affairs Committee the court ruling was only relating to a "particular moment in time" and "guidance has been shifting since".

And Home Office permanent secretary Matthew Rycroft admitted there are 103 asylum seekers in Napier Barracks today – of which 59 are in dormitories.

He insisted there was a "cleaning regime" and "we have made sure there are distances between beds, that we have only 60 to 90 days’ total length of time for any individual in Napier."

But Ms Cooper, chair of the committee, fumed: "You guys just don’t learn lessons do you?

"The court has already come to a really damning conclusion about your arrangements, as a result of which there may be significant compensation liabilities on the taxpayer, and you seem to be continuing to run up even more of them.

"It’s just astonishing, it’s irresponsible to people who are being put in Covid-unsafe situations."

Ms Patel replied: “I just don’t accept that… There is an asylum crisis right now." 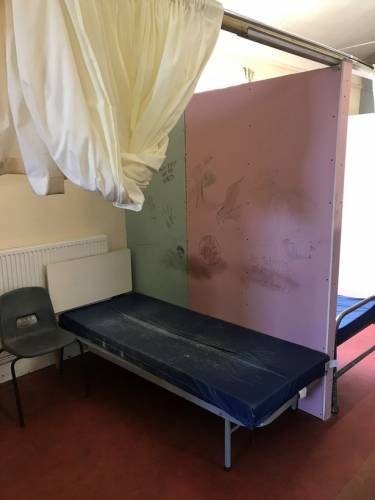 The conditions at Napier Barracks in Kent from an inspector's report
(Image: PA) 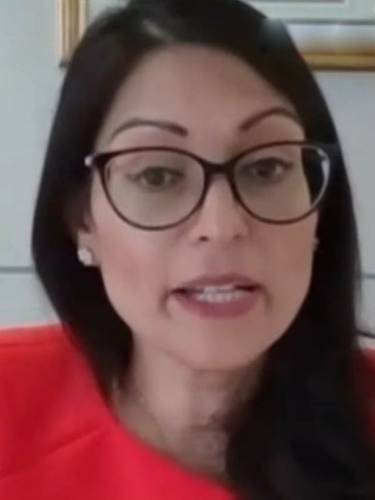 The pair were also in a stormy row as Ms Patel dodged questions about whether she'd seen advice against using dorms.

PHE advice to the Home Office in September 2020 said "don’t know how dormitories can be COVID compliant".

It added: "Lots of people in hostel environment isn't good from a COVID or any type of infection prevention and control perspective."

And an email from a UK Visas and Immigration official that month said: "Their advice is that dormitories are not suitable but that if we must use them as such we must have a minimum of 2m between each bed. 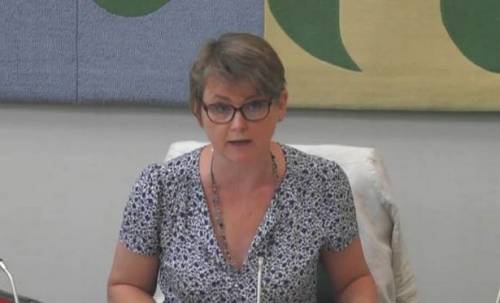 Yvette Cooper, chair of the committee, fumed: "You guys just don’t learn lessons do you?"

"Ideally if we have say 6 to a dormitory, they should be treated as one “bubble” and kept together and away from others as much as possible.

"We need to make sure we have facilities to enable completion of the 14 day quarantine period. This could be tricky."

Ms Patel insisted she had not seen the e-mail – but repeatedly dodged questions from Ms Cooper on whether she had seen PHE advice of any kind. 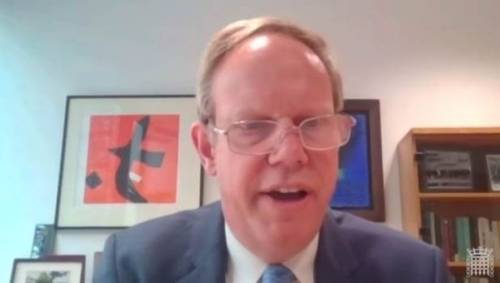 Ms Cooper said: “You had an outbreak of 200 cases in dormitory accommodation and anybody across the country could tell you that putting people into dormitories in the middle of a pandemic was going to be a risk.”

But he said PHE advice had been updated since the example made public, and is now "very explicit" that there were ways of making dormitories "as safe as possible".

Ms Patel added: “It is wrong to say we are not learning lessons”.

Previous : Fears journalists could be jailed for years for publishing leaks from government
Next : ‘Urgent review’ after DWP site tells jobseekers to say climate change may not exist