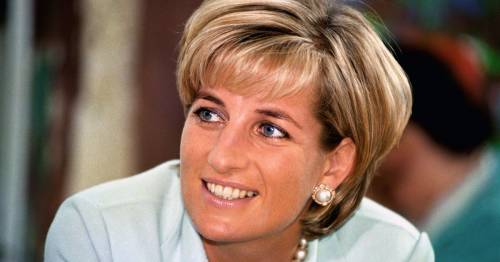 The family of Princess Diana has revealed a moving tribute to her older brother John, who tragically died shortly after birth.

The first of the two images in his Instagram post shows a before picture of the grave of John, who was born and died on 12 January 1960, in disrepair.

An engraving of the Spencer coat of arms can be seen on the worn-out grave where the writing is barely legible, reports OK!.

But a second image reveals a restored tombstone offering a loving tribute to John’s life, which reads: "In loving memory of John Spencer, son of Viscount and Viscountess Althorp, born and died January 12 1960.

Princess Diana, who had an older brother called John, who died shortly after birth
(

And on Instagram Charles, the ninth Earl Spencer, wrote: "Looking as it should, now… I never knew my older brother, John, and live 100 miles from his grave – but, seeing it last summer, realised serious action was required.

“Thank you, BB, for making it look as it should.”

John' grave before it was restored

The gravestone after beautifully being restored

Last month Charles, who is the custodian of the Spencer family's Althorp estate in Northamptonshire, also took to Instagram to share a private look inside his family tomb.

The Earl, an uncle of Prince William and Prince Harry, was commemorating the 500th anniversary of the death of his late ancestor Sir John Spencer, who was a politician and knighted during his lifetime.

Charles shared a glimpse inside his private tomb, where a stone figure with its hands together in a prayer gesture was lying in rest.

It was situated near a stained-glass window and was decorated with multiple crosses over the arms and shoulders.

In a post on Instagram, dad of seven Charles wrote: "The tomb of my ancestor Sir John Spencer – who died precisely 500 years ago today, on 14 April 1522.

"He bought the farmland around Althorp and then built @althorphouse in 1508. Businessman, sheep farmer, sheriff, and politician, he was knighted by Henry VIII in 1519."