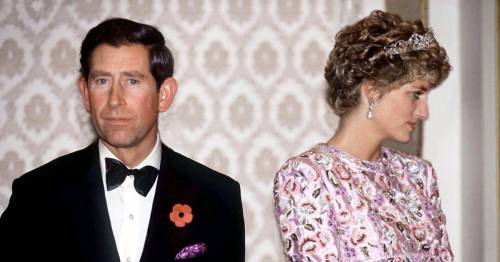 Princess Diana was first to stray during marriage to Charles, claims former aide

Princess Diana was the first to stray before Charles began an affair with Camilla, it is claimed by a former aide.

Charles’ romance with Camilla during his marriage to Diana has been part of royal gossip for decades and that his first love was never the Princess of Wales who was forced to suffer in silence for much of the time.

It is a version that was also pushed by the Netflix series The Crown where he was seen heading off to meet up with Camilla and Diana was left crying at home.

But this take on the marriage has been disputed by a former protection officer who said that Diana first had other love interests.

Allan Peters has claimed that Charles began his romance with Camilla again after he found out that Diana was having an affair with another protection officer, the late Barry Mannakee.

Peters also said that he was the one to tell Charles of Diana’s relationship with Mannakee.

"The popular perception is that the Prince of Wales was straying all the way through his marriage — and that is definitely, unequivocally, not the case," Peters told CNN.

"The first person that strayed was the Princess. He went back to see Mrs Parker Bowles after he learned about her affair with Mannakee."

Diana’s affair with Mannakee is believed to have started in 1985 during a fishing trip to Balmoral.

Then a year later he was moved to the Diplomatic Protection Squad where he died aged 39 in a crash.

The version from Peters that Diana strayed first was also claimed by Jonathan Dimbleby in his authorised biography of Charles published in 1994.

Peters told CNN: "I started to notice her behaviour was unusual whenever we were anywhere near Mannakee, so I decided to talk to her about it. For the first 20 minutes, she categorically denied it. But then she told me exactly what was going on: she was having some sort of relationship with Mannakee."

He said that Charles asked him why Diana was acting differently, and Peters told CNN that he replied that he had better speak to her about it.

“Well, I’ve tried all that, and the only thing that seems to be upsetting her is that Barry Mannakee is going back to uniform. And, if she’s that upset, Barry can stay," Peters claims Charles told him.

"At that stage, I was forced to say: 'Well, Sir, if he stays, then I’m afraid I’ll have to leave.' And, I think, at that point the penny dropped. He was utterly shocked and was clearly very upset."

Previous : Doomed dinghy packed with migrants was ‘like a pool you blow up in your garden’
Next : Dune review: Timothee Chalamet leads the ‘sci-fi epic of a generation’ – Lewis Knight