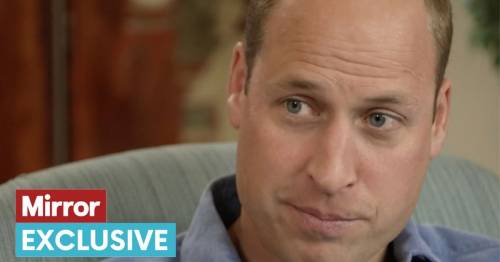 The Duke of Cambridge and green campaigners want billionaire tech giants to focus on solving the climate crisis instead of taking jaunts into orbit.

As Amazon.com founder Jeff Bezos and Tesla creator Elon Musk, two of the world’s richest men with a combined wealth of more than £300billion, engage in a new age space race Chris Venables, head of politics at Green Alliance, said: “Prince William is absolutely spot on – it’s the moral responsibility of those with influence and wealth to do everything they can do to prevent catastrophe.”

Are you 'team William?' Join the discussion in the comment section

Prince William is a critic of the new space race
(

Scientists say one rocket launch produces up to 300 tons of carbon dioxide into the upper atmosphere where it can remain for years.

Musk has launched the Falcon 9 reusable rocket manufactured by his company SpaceX which can return to Earth and be flown again multiple times at a cost of around £20million per time.

Eloise Marais, an associate professor of physical geography at University College London who studies the impact of fuels and industries on the atmosphere said: “Even water injected into the upper atmosphere – where it can form clouds – can have warming impacts.”

"The idea of going into space when we are battling a climate emergency is absolutely absurd.

"We need to concentrate on saving the planet through investments to get us to net zero, adapting to more extreme weather, as well as ways to better insulate our homes and more public transport.

"This is just another example of the nonsense, competitive streak of some of the world's richest people who have some of the biggest carbon footprints yet are not paying the price for the harm their lavish lifestyles cause.”

The Duke admitted he “once travelled to 65,000 feet” in a plane but added: “That was high enough”.

Making an impassioned plea to the billionaire tech giants, he said: “We need some of the world’s greatest brains and minds fixed on trying to repair this planet, not trying to find the next place to go and live.”

Previous : GPs to be ‘named and shamed’ if they fail to see patients face to face
Next : Country with most people vaccinated against Covid in world named as 99% jabbed – World News