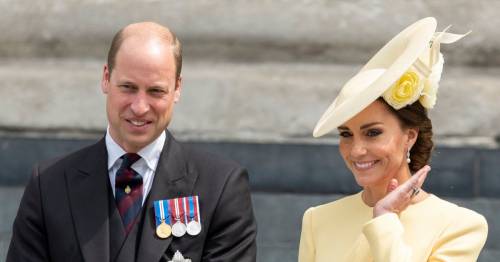 Prince William has been front and centre in goings-on in the UK in recent weeks, as his grandmother the Queen celebrated her Platinum Jubilee – and today it is his birthday.

The Duke of Cambridge is becoming one of the most senior members of the family these days, as he prepares to become the heir to the throne.

As his grandmother ages – she’s now 96 – attention is increasingly turning to William, who turns 40 today.

Much of the celebrations have seen the men of the family dressed to the nines in military frills, their smart uniforms harking back to the days of the British empire.

One thing that’s been hard to miss are the many shiny bits of metal hanging off of some of the member's chests.

But what medals does birthday boy Prince William have to his name?

What medals does Prince William have?

Prince William served in the RAF search and rescue service, operating as a helicopter pilot.

He qualified as a pilot in 2012, meaning he could more than just co-pilot the huge Sea Kings he worked in.

At Trooping the Colour, Prince William wore the uniform of Colonel, Irish Guards, Guard of Honour Order. The uniform was adorned with the Golden Jubilee Medal and the Diamond Jubilee Medal, both of which were given to him by the Queen.

They are given out to members of the Royal family when there is a jubilee. William’s father Charles also has a Silver Jubilee Medal and a Coronation Medal.

The Most Noble Order of the Garter is an honour of chivalry, established in 1348 by Edward III.

In 2008 he was made a Royal Knight Companion of the Most Noble Order of the Garter.

William previously worked with the East Anglian Air Ambulance in 2017
(

William was the 1,000th Knight of the Garter to be appointed.

After leaving university in Scotland, William joined the Royal Military Academy Sandhurst as an Officer Cadet, finally becoming an Army Officer in 2006 after 44 weeks of training.

From here he joined the Household Cavalry (Blues and Royals) as a Second Lieutenant and was promoted to a Lieutenant within a year.

In 2009 he started training as a search and rescue pilot, eventually joining C Flight as part of 22 Squadron at RAF Valley in Anglesey in 2010, where he would become an operational Captain and complete 156 search and rescue missions.

William's brother Harry also has the same jubilee medals, as well as the notable additional Operation Service Medal for Afghanistan ribbon, which he earned for being in active service during the war.

Previous : Mum denied permission by school to take daughter away on special holiday after getting sober
Next : Man reels in mystery ‘nightmare’ fish from depths of ocean with burst eyeballs – World News