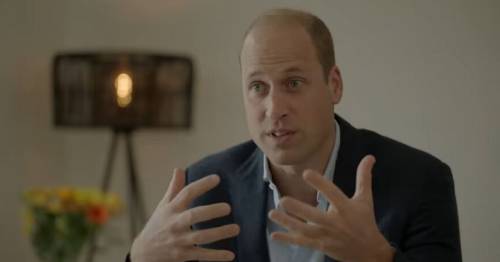 Prince William has spoken about being “really affected” by incidents with children when he was an air ambulance pilot, in a frank discussion with NHS staff.

The Duke of Cambridge’s comments were made in a filmed discussion with ambulance staff, which will be screened later at the Royal Foundation's Emergency Services Mental Health Symposium in London.

In the past the duke, who flew as a medic for two years with the East Anglian Air Ambulance until 2017, has said he found fatherhood impacted him during incidents involving children problematic.

He reiterated his observations when chatting to emergency care assistant Chloe Taylor, 24, and paramedic Will Parish, 27, a couple based with South Central Ambulance Service NHS Foundation Trust, at their home.

The Duke had a conversation with the pair to discuss how they coped with their mental health during the Covid-19 crisis, an interaction that was recorded last week and posted on William's official YouTube channel today.

Prince William spoke with emergency care assistant Chloe Taylor, and paramedic Will Parish, at their home

"In the air ambulance any job I went to with children, that really affected me, much more than I think if I hadn't had children actually,” Prince William said.

"So, for me, it was the relationship with my personal life with essentially the family or the incident I was at – I found that very difficult.

"There were a number of times when I had to take myself away because I was just getting too involved in it and feeling it.

“And then I'd go to talk to someone else after the event, which was really important, but it continues, it doesn't really leave you there – you just manage it better."

The ambulance workers, a couple based with South Central Ambulance Service NHS Foundation Trust, talked about the issues they have faced while on the front line and William had a word of advice for them: "If we weren't affected by emotions, we'd all be robots.

"That's what makes our relationships important, it's crucial, but it's just managing those feelings so we can have time to feel we can breathe again."

During the Royal Foundation's Emergency Services Mental Health Symposium, the duke will announce his ambitious Blue Light Together package of mental health support for the emergency services.

The package had been developed by his Royal Foundation and partnering organisations.

The symposium will feature a live panel session involving senior emergency services leaders who will talk about their personal experiences of mental health, alongside keynote speeches by Metropolitan Police Commissioner Dame Cressida Dick and the duke.

The event is being hosted in partnership with the National Police Chiefs' Council, National Fire Chiefs' Council, Association of Ambulance Chief Executives and United Kingdom Search and Rescue, and will bring together emergency service leaders, frontline workers, policy makers and academics.