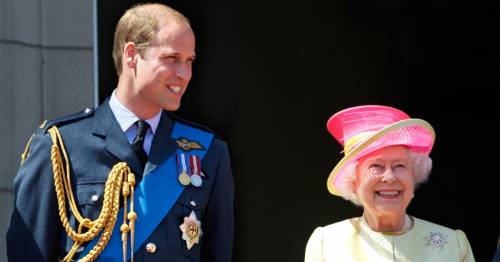 Prince William was heavily involved in the discussion to strip Prince Andrew of his royal patronages and military titles, sources say.

In a sign of his increasing seniority in the Firm, the royal allegedly had a pivotal role in one-on-one discussions with The Queen ahead of the announcement.

In a bombshell two-line statement written by Her Majesty, Prince Andrew was forced to drop his HRH title and his optimistic hopes of resuming public duties were dashed.

This means the Queen's so-called 'favourite' son will now be defending his civil sex abuse case as a private citizen.

Alongside his father, Prince William is understood to have been 'instrumental' in the move to remove Andrew, who is ninth in line to the throne.

He was already at Windsor Castle yesterday as he conducted an investiture ceremony on behalf of his grandmother, handing out honours.

Prince William is understood to have been instrumental in the decision
(

And sources say he was one of the senior figures that urged the Monarch to make a stand by making an announcement.

It was also William, the Queen and Charles that forced Andrew to step down from official duties following his car-crash BBC Newsnight interview.

Sources say that William has become increasingly influential as the Queen recognises the monarchy's long-term future lies in his hands.

And the 95-year-old has reportedly appreciated his decisiveness – a trait Prince Philip was also known for.

Now it seems that the Royal Family has ruled that there is no way back for Andrew – after a US judge denied his request to dismiss a sex assault lawsuit against him.

He now must stop using the style His Royal Highness in an official capacity, and his titles will be given to other family members.

It comes as Virginia Giuffre was given the green light to continue her civil case against him claiming he sexually abused her, which he strenuously denies.

In full, the statement released by Buckingham Palace said: "With the Queen's approval and agreement, The Duke of York's military affiliations and Royal patronages have been returned to The Queen.

"The Duke of York will continue not to undertake any public duties and is defending this case as a private citizen."

Ms Giuffre wrote on Twitter she was “pleased” with the ruling, adding: “I’m glad I will have the chance to continue to expose the truth & I am deeply grateful to my extraordinary legal team.