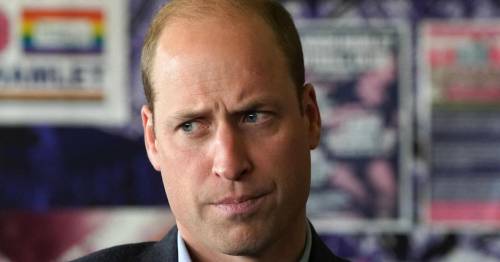 The Duke of Cambridge’s swipe at the world’s richest men is the perfect definition of the blind leading the blind.

Prince William has shown his cool, young, hip, relatable side by standing up for the burning planet. I’m sure Greta Thunberg would be so proud.

The Duke of Cambridge blasted billionaires Jeff Bezos and Elon Musk for their Small Man Syndrome battle to travel space, saying: “We need some of the world’s greatest brains and minds fixed on trying to repair this planet, not trying to find the next place to go and live.”

He added that he wants to use his “little bit of influence” to help change the world.

What did you think about Prince William's comments? Have your say below

And of course, Prince William is right. Bezos and Musk, and all the other billionaires that created their wealth through the exploitation of low-paid workers or daddy’s emerald mine (not because they have the world’s greatest brains) should be doing more to help solve the climate crisis.

But William’s comment comes off a tad sanctimonious. All three of these insanely rich and privileged men are guilty of greenwashing and virtuous preaching when it comes to climate action.

Last year, Bezos announced the first donation from his $10billion fund to fight climate change – an issue he described as “the biggest threat to our planet”…. well, duh.

But for Bezos, what does that money actually mean? It’s like us donating £1 at a McMillan coffee morning. It’s a good gesture, and it will help the cause. But that doesn’t give him a free pass to then wreck the planet with his phallic shaped rocket.

The same goes for Prince William: a royal who has enjoyed hunting animals, driving Range Rovers and flying private jets all while setting up his Earthshot Prize – an initiative celebrating those working to repair the planet with a series of £1million prizes over the next decade.

It all comes across a little “do as I say not what I do”. William and Bezos are partaking in the destruction of Earth, then handing out lollies to people dedicating their lives to save it.

So yes, William has a point, albeit a rather obvious one. Perhaps it’s not the best idea to build hotels on Mars when the ice caps are melting, sea levels are rising, forests are being cleared and our oceans depleted.

But Bezos and William’s efforts toward the climate are simply fluffy PR tactics. Siri, define greenwashing.

Previous : William and Kate’s unusual sleeping arrangements – and it’s down to their staff
Next : Strictly’s Giovanni tells NHS ‘be quick’ as Rose’s hearing aid breaks during rehearsals