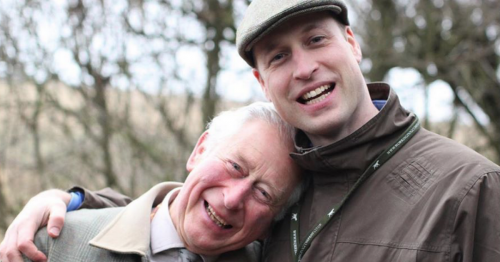 Prince William has a ‘wicked sense of humour’ and is at peace with his royal future, friend says

The Duke of Cambridge is at peace with his future as a royal, friends say, despite his brother Harry cutting ties with the family and embarking on a new life.

Prince William, the second in line to the throne, has always cut a more reserved figure than his younger brother. But it is his sense of duty that continues to drive him and keeps him motivated for his future as King, his long-term mentor Jamie Lowther-Pinkerton told the Daily Mail.

"He hasn’t rubbed his hands in glee [at what is to come], but has looked at it in a dutiful way," said Lowther-Pinkerton. "One of the lovely things I remember early on was this sense of disbelief that people were really interested in who he was or what he was doing."

Sources close to the second in line to the throne reportedly said that while William once railed against his future, he is now more at peace with himself than ever before.

But William wasn't always as prim and proper. In early adulthood, he was described by friends as someone who "enjoyed himself immensely…though unlike Harry, he was never caught!".

And he clearly has a great sense of humour, too, as demonstrated by an insider's story from Will and Kate's 2012 tour of the South Pacific.

The source said that the royal couple were staying in a house on one side of a large bay, with their support team staying on the opposite side.

Late one night, and after a particularly taxing day, the Cambridge's team decided to go for a dip in the warm waters. Then, out of nowhere "one aide (who shall remain nameless) was pulled down under the water, coughing and spluttering," the source revealed.

"All hell broke loose as everyone thought they were being attacked by a shark and were freaking out," they said.

But it was William.

The Prince "had got wind of their night-time dip," the source said, "and had swum all the way round the bay, pretty much underwater because he is such an expert diver, to prank them!"

William was also described by sources as an "incredibly empathetic boss" who treats his staff really well, even sending get-well-soon gifts to those who are off sick.

He "loves to chat about their dates when they go wrong," the source said, "and even keeps tabs on people who have left".

A man with steely determination, quick wit and a compassionate edge – it is clear that friends, sources and royal insiders are convinced that William has what it takes to be King, and do a good job at it.

‘"The decades ahead are going to be some of the most challenging we have experienced as a nation in modern history," one close friend said. "And William is ready to step up to the plate."