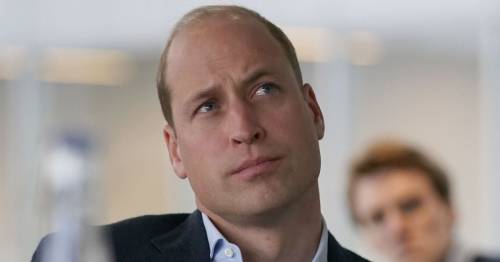 Prince William could ‘cut off BBC’ amid fury over TV documentary, source claims

Prince William's apparent banning of the BBC from showing a Christmas carol concert could be the tip of the iceberg, sources claim.

The charity fund-raiser, which is reportedly set to be hosted by the Duchess of Cambridge herself at Westminster Abbey, will now be broadcast by rival ITV.

It is said the Cambridges have opted to turn their back on the Beeb after its two-part series The Princes and the Press kicked off on Monday night.

It has been claimed William – who missed the first part while attending the Tusk Awards – had briefed against his younger brother Prince Harry and his wife Meghan.

But insiders suggest this could be the beginning of the row with future TV projects with the broadcaster possibly at risk.

The source claimed there was unity among all three royal households
(

The Mail Online reports that a source said it was clear that the Prince would have to ‘seriously consider’ any further projects, and that could extend to other senior royals.

A source said: "It’s fair to say that while the response to what has happened is being driven by the duke, there is complete unity among all three royal households.

"You really couldn’t get a cigarette paper between them. There is a serious issue of integrity at stake here."

A report into his interview with Princess Diana interview on BBC Panorama found that he had acted inappropriately and was in serious breach of BBC guidelines.

Speaking of the royal documentary BBC chairman Richard Sharp reportedly said he hoped the Royal Family would ‘respect’ the documentary and he stood by the production team.

"The Royal Family is at the centre of our identity. It’s underlying importance is unequivocal and we have tremendous respect for all aspects of the Royal Family in all that they undertake and do."

Previous : Philadelphia reaches 500 homicides for 1st time since 1990
Next : ‘Most unwanted’ dog hasn’t had single viewing since being rescued 4 months ago