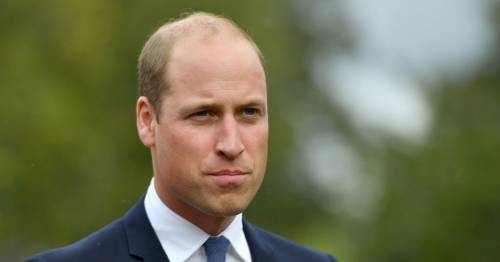 Prince William once called the benefits office to help a young homeless person get back on their feet while carrying out secret voluntary work, a charity CEO has revealed.

The future king, who turns 40 tomorrow, has long been involved with homelessness charities – and has taken a keen interest in the issue since visiting a homeless shelter with his late mother Princess Diana aged 11.

One of the homelessness organisations that William has heavily been involved with is Centrepoint – a charity that helps homeless young people.

He has been a patron of the charity since 2005, and according to the Daily Mail, he makes up to half a dozen secret visits to accommodation services run by Centrepoint each year.

And the charity's CEO Seyi Obakin told the publication that on one occasion William spent a full week working at the charity – even calling the benefits office in a bid to help one young person.

He reportedly introduced himself over the phone as simply William and is said to have enquired about what financial help the young person in question was entitled to.

It is thought he chatted about forms and proof of ID with the operator on the other end of the phone none the wiser they were speaking to a future king.

Mr Obakin told the publication: "On one occasion, he spent a week with us, turned up and was presented as locum staff. He even rang up the benefits office on behalf of one young person. That was an education for him!

"When someone said to him he looked like someone famous, William just smiled and replied: 'I've heard people say that, but don't believe it!' And then he carried on working. He was so low-key, just turning up and doing his thing, that only the manager knew who he was.

"It is a measure of who he is that, by the time he got married, he had developed such a good relationship with that particular manager that he invited them to his wedding."

News of William's past kind gesture comes ahead of his birthday tomorrow, where has written an article and given an interview to the Big Issue, which is sold by those affected by homelessness, vowing to keep shining a light on the problem.

In the latest issue of the magazine, William, who has long been involved in supporting charities that help the homeless, opens up about why he refuses "to believe that homelessness is an irrevocable fact of life".

And he adds that just like his mother, he intends to introduce his children – Prince George, Princess Charlotte and Prince Louis – to charitable causes in the future.

He explains: “While I may seem like one of the most unlikely advocates for this cause, I have always believed in using my platform to help tell those stories and to bring attention and action to those who are struggling.

“I count myself extremely lucky to have a role that allows me to meet people from all walks of life, and to understand their full story – whatever it may be. It’s a privilege that many of us, busy with our days, don’t always afford.

Earlier this month, William tried to go under the radar by selling The Big Issue on the streets of London with fellow vendor Dave Martin.

Wearing a red vendor’s vest and baseball cap and official accreditation on his chest, the Duke joined Mr Martin, who had volunteered to show William the ropes, outside a Sainsbury’s Local in Victoria, a 10-minute walk from Buckingham Palace.

News about the famous Big Issue seller soon spread through word of mouth and a queue formed, with people eager to meet the future king. But they had to buy the magazine and 32 copies, which would normally take his guide a week to sell, were snapped up in under an hour.

He describes his time with vendor Mr Martin as “eye-opening” and says he was recognised by those who stopped to buy the magazine, which allows the homeless to earn income by selling the publication.

Previous : Man accused of smoking in Premier Inn room and fined £100 after HE complained of stench
Next : Nikki Allan: Man denies murdering girl, 7, stabbed 37 times as mum breaks down in tears